Motorola is ringing in the new year by dropping the starting price of an unlocked Moto X smartphone to $399.

While that’s still more than twice the price of a Moto G and about $50 more than the starting price of a Google Nexus 5, it still represents a price cut of about $100 on Motorola’s flagship phone. 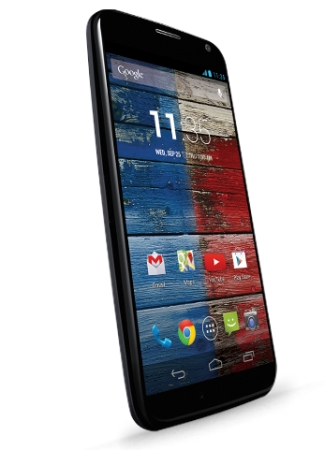 For $399, you get a phone with a 4.7 inch, 720p display, a quad-core processor, 16GB of storage, and Motorola’s custom hardware and software with features including touchless controls and Active Display.

The phone runs Google Android 4.4 KitKat, but it’s the extra Motorola details that make it stand out, such as the ability to use voice controls even when the display is off due to an always-listening mode. Active Display also lets you see notifications as they pop up without turning on your screen. And you can launch the camera to snap a photo by flicking your wrist while holding the phone instead of first unlocking it and finding the camera icon.

Motorola is offering unlocked models for all major US carriers. Of course, if you don’t have $399 lying around to buy a phone outright you can still pick one up with less money down by signing up for a 2-year data plan on most carriers — but the unlocked option means you can probably save money in the long run by spending more now and getting a cheaper, or even contract-free service plan.