There are plenty of TV sets that come with apps that let you stream media from Netflix, Pandora, and other online media sites. Some even come with Google TV built-in. But LG is planning something a bit different for its next smart TV.

LG is reportedly getting ready to showcase its first television powered by webOS software, the web-centric operating system originally developed by Palm.

Now @evleaks has posted what may be the first picture of the second coming of webOS. 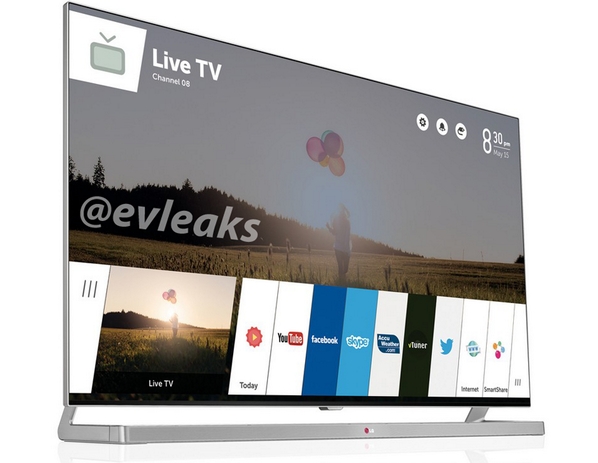 Earlier this year LG acquired most of HP’s webOS technology after HP tried and failed to market webOS phones and tablets a few years ago. LG doesn’t plan to use webOS for mobile devices though — instead the company has been tweaking the software for use on televisions.

WebOS may never have been as popular as Android or iOS, but the platform won some fans for its innovative multitasking system which grouped running apps together as “cards” that you could view at a glance or swipe away when not in use. But what really makes webOS tick are the developer tools — most apps that run on webOS are basically designed using the same code you’d use to write a web app. This makes it relatively easy for web developers to write apps for webOS.

It also means that webOS could be a powerful platform for connecting your TV to internet apps such as YouTube, Facbeook, Twitter, Skype, and more. Those are just some of the web app icons shown in the image obtained by @evleaks.

The user interface also looks a bit different from the webOS we last saw on the HP TouchPad tablet. There are still cards, but they’ve been moved to the bottom of the screen, while notifications stay in the upper right corner — and it looks like the entire user interface can appear on top of live TV broadcasts, letting you keep watching TV while you check the weather or otherwise plan your next move.

3 replies on “This could be LG’s webOS-powered TV”