All 4 models will launch this spring with prices expected to start at $349 for two models featuring Google Chrome OS software and $449 for the Windows models. 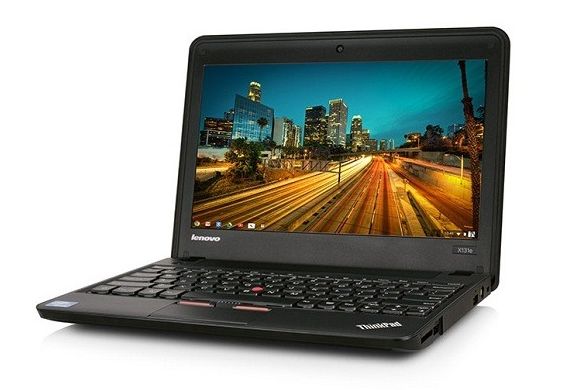 Here’s a quick run-down of the new devices:

The Yoga models are 2-in-1 tablet/notebook hybrids. Open the lid and you can start typing away as if you were using a laptop. Push the lid back 360 degrees so that it’s opposite the keyboard, and you can hold these devices like tablets.

Lenovo says the ThinkPad 11e devices will get “all-day” battery life, with the Chromebookrunning for “more than 8 hours.”

Schools will be able to choose from black or silver models, and the computers can be customized with optional features such as custom engraving or BIOS modification