HP launched a 21 inch all-in-one PC called the Slate 21 that runs Google Android software last summer. Now the company is introducing a new “Pro” model which is ostensibly aimed at business customers, but which could appeal to folks who found the specs on last year’s model a bit anemic.

The new model has a similar display and processor, but packs more storage and memory, newer software, and a few other goodies. It’s expected to sell for the same starting price of $399, which means old model will probably either get a price cut or disappear soon. 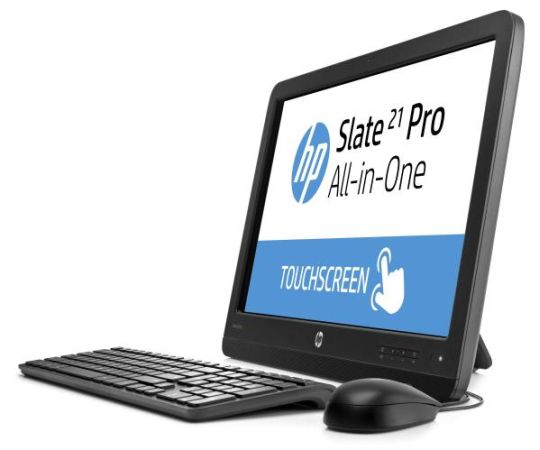 It supports 802.11a/b/g/n WiFi and Bluetooth 4.0, feature stereo speakers and has 3 USB 2.0 ports, an Ethernet jack, and an SD card slot. There’s a 720p webcam and a built-in mic for making voice or video calls or participating in web conferences.

There’s also an HDMI input which lets you us the system as a display for a PC running Windows or other operating systems when you’re not using it as a standalone Android device.