Google’s online movie and TV rental service is now available for iOS. Up until now if you’ve wanted to view content you’ve purchased from Google you’ve needed an Android device or a PC with a desktop operating system. Now you can access your Google Play video library on an iPhone, iPod touch, or iPad using the official Google Play Movies & TV app. 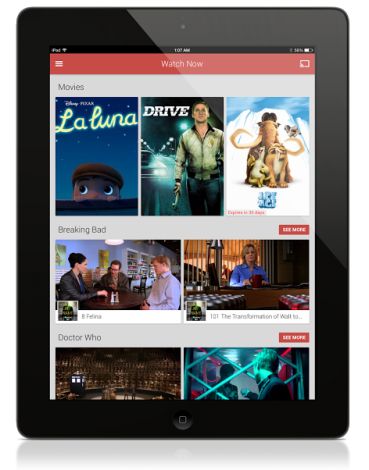 There’s a bit of a catch: You can’t actually pay for purchases or rentals using the app. Google would have to split its revenues with Apple (as well as digital content partners) in order to comply with Apple’s App Store policies (which put pretty much every iTunes competitor at a disadvantage on iOS).

Instead, users can pay for content or add free movies or TV shows to their libraries using a web browser or Android device and then access the content on iOS. That’s the way similar apps such as Amazon Instant Video for iOS work.

via Gizmodo and +Google Play