Asus is getting ready to bring its first Padfone to the United States. For the past few years the company has been offering a line of smartphones designed to connect with tablet docking stations to give you a bigger screen and bigger battery while keeping all of your data on one device: your phone. But up until now the only way to get one in the US was to pay to import one from overseas.

Now Asus is partnering with AT&T to offer the Asus Padfone X on the wireless carrier’s 4G LTE network. 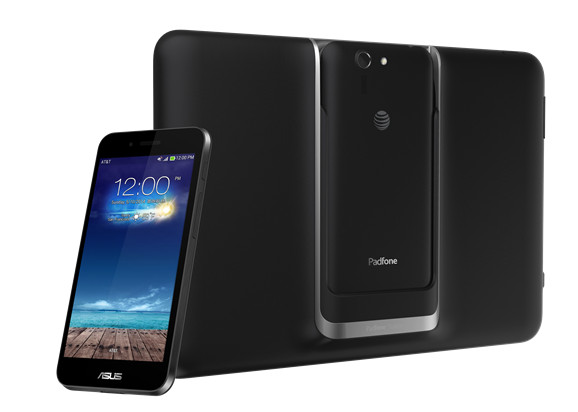 Pricing and availability haven’t yet been announced, but here’s what we know so far. The Padfone X includes a 5 inch smartphone and a 9 inch tablet station with a full HD display.

You can use the tablet station to interact with your Android apps on a larger touchscreen display. It also has a big battery which provides longer run time, and which you can use to recharge your phone’s battery.

Since the tablet station doesn’t have its own processor, storage, or wireless chips it’s basically an accessory for the phone rather than a standalone device — and that means you only need to pay for a single data plan to use the Padfone X on AT&T’s network. There’s no tethering fee involved.

The smartphone is expected to feature a Qualcomm Snapdragon 800 quad-core processor, Adreno 300 graphics, 2GB of RAM, 16GB of storage, and Android 4.4 KitKat software, although Asus hasn’t yet confirmed those specs.