It’s been a few years since Asus launched its first phone/tablet hybrid. Now customers have a choice of a high-end device like the Padfone X with a 4 inch phone and 9 inch tablet dock, or a smaller, cheaper model like the Padfone mini.

Soon there may be another option. Asus introduced a new PadFone E in Taiwan, featuring a phone and tablet station with large displays but mid-range specs. 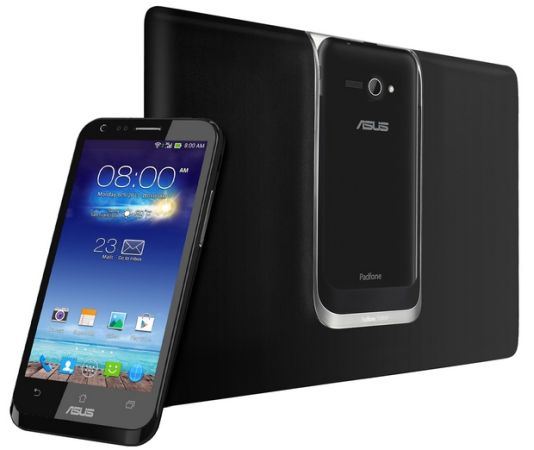 Like other members of the Padfone family, the Padfone E’s smartphone is the brains of the operation. That’s where you’ll find the Qualcomm Snapdragon 400 processor, 1GB of RAM, and 16GB of storage, as well as the WiFi, Bluetooth, GSM and 1.3MP camera.

The phone has an 1820mAh battery, but there’s also a 5000mAh battery in the tablet dock. That means not only do you get a larger screen when you connect the dock, but you can also recharge your phone.

Priced at about $560 (in Taiwan), the Padfone E is the cheapest Padfone so far to feature a 10 inch tablet station.