If you had a personal computer before 1984, odds are it had a green display and the closest thing to a user interface were the lines of text you could input and read with a keyboard. While Apple didn’t invent the idea of a graphical user interface (we have Xerox to thank for that), Apple’s first Macintosh was the computer that brought the GUI to home computers. 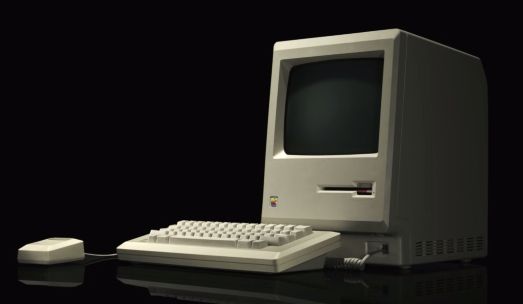 30 years ago, Apple launched the Macintosh 128K featuring a keyboard, mouse, a black and white display, and a user interface that didn’t require you to remember and type a series of commands to get anything done.

It was expensive. By today’s standards it was awfully simple. But it paved the way for making personal computers both powerful and easy to use.

Apple’s celebrating the 30th anniversary of the first Mac with a retrospective on its website that also looks at the Macintosh computers that followed that first model.

Meanwhile, the folks at repair shop iFixit are celebrating in a slightly different way — by tearing down an original Mac to see what made it tick. Their retro-teardown gives the Macintosh 128K a repairability score of 7 out of 10, if it matters.

These days you can pick up a crappy $55 tablet that’s more powerful than a first-gen Mac… but if computer makers hadn’t taken the first steps toward bringing room-sized computers into the home office three or four decades ago it’s questionable whether smartphones, tablets, ultrabooks, or mobile computers of other types would exist today.

3 replies on “Apple’s Macintosh turns 30, gets iFixit teardown in celebration”