Google’s Android operating system may have been designed initially for smartphones, but it’s found its way onto all sorts of products over the past few years, including tablets, watches, and TV boxes. And then there’s the SoundPad line of products, which seems to blur the lines between a tablet, a TV box, and a clock radio.

Last year Archos launched the Arnova SoundPad, which is basically what you get if you take a 7 inch tablet and tack on big stereo 3W speakers and a built-in stand. The French company didn’t develop the design in-house, but instead slapped its name on a Chinese product.

Now there’s a new model called the SoundPad 2 which takes the same idea but adds a faster processor and newer software. 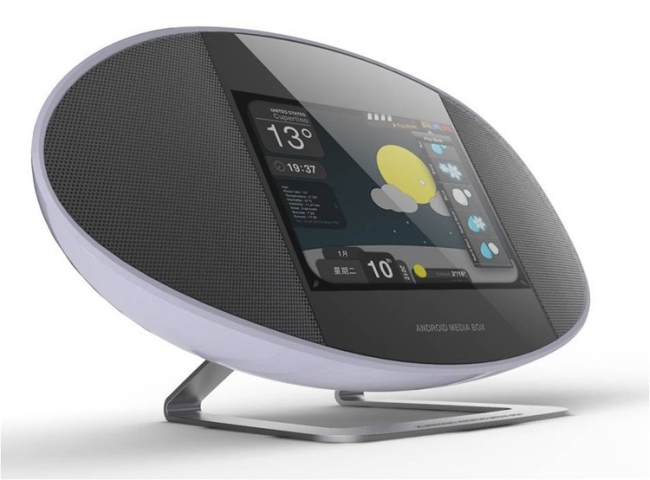 It also features a microSD card slot, HDMI output, WiFi, Bluetooth, a micro USB OTG port, Airplay and DLNA support, a front-facing camera, an IR sensor, radio tuner, and a battery for up to 7 hours of music playback (or 4 hours of video). The device runs Google Android 4.1 Jelly Bean software.

The SoundPad 2 is a bit bulky to carry around in your bag the way you would an Android tablet. But it’s not really designed to be used like a tablet. Instead you can use it at home to stream music, watch videos, play games, or perform other tasks. While the 7 inch screen might be a bit small for watching videos on a device you aren’t supposed to hold in your hands, the device features video output, so you could easily stream movies to a TV.

The Ampeq SoundPad 2 is available from AliExpress for $145.

via AndroidPC.es and CNX Software