Acer is updating it’s 7.9 inch tablet line with the new Iconia A1-830, sporting an IPS display, an Intel Atom processor, and up to 7.5 hours of battery life.

The tablet is expected to launch in North America during the first quarter of 2014 for $149 and up.

Update: An earlier version of this article stated that the tablet would have a starting price of $180, but Acer has made a last-minute change and it will instead sell for $149 and up. 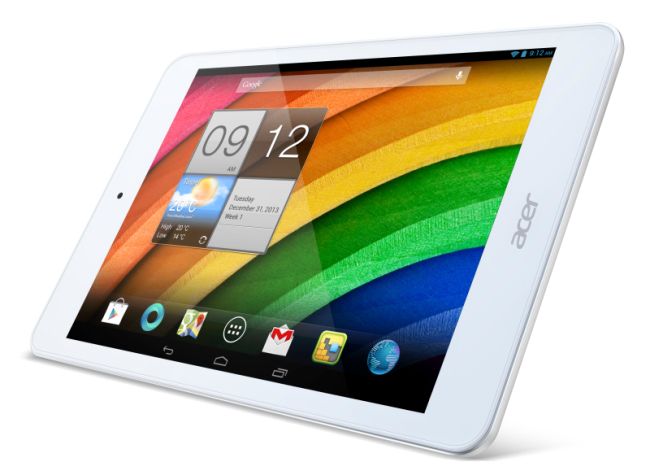 The company also plans to offer accessories including a “Crunch Keyboard” that’s built into a faux-leather case, and a “Crunch Cover” which is a microfiber case that doubles as a stable stand.

The tablet measures 0.32 inches thick and weighs less than 14 ounces.