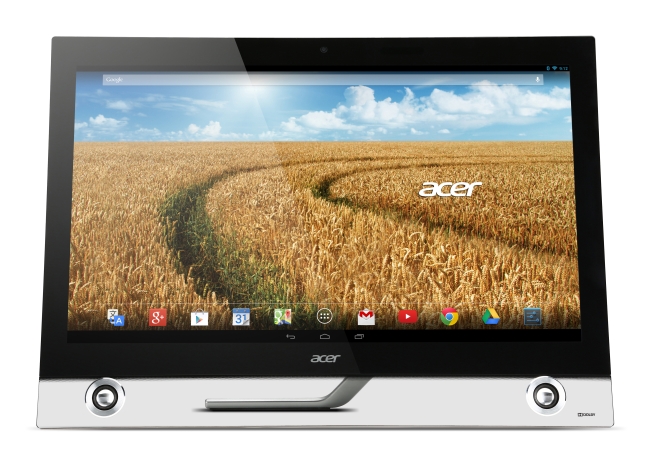 It’s basically a big Android tablet… without a battery. With a 27 inch screen, it’s unlikely you were going to throw this thing in your backpack and take it to a coffee shop anyway.

There are front-facing stereo speakers with Dolby audio and a 2MP webcam.

You can also connect a keyboard, mouse, or other peripherals thanks to the USB 3.0 port. Or if you’d rather just use the machine as a display you can use the HDMI and DisplayPort inputs to connect your PC or other devices.

Overall this looks like one of the most impressive Android all-in-one PCs announced to date… but there’s a catch. Like most large displays with resolutions higher than 1080p, the Acer TA272 isn’t exactly cheap. It has a suggested retail price of $1099.

The good news is that’s only $100 more than the price of Acer’s T272HUL monitor — in other words, you could get the same touchscreen display but without the Tegra processor, built-in storage, and Android software for $999. Or you could spend a little more and pick up this model and use it to run Android apps when you’re not busy using the device as a traditional PC monitor.