Acer is aiming low with its latest Android tablets… at least in terms of price. The company’s new Iconia B1-720 is a 7 inch tablet with a suggested retail price of $130.

It’s expected to launch in North America in mid-January. 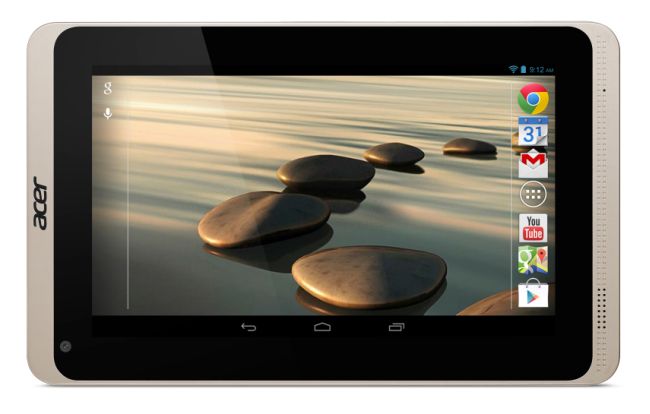 The Acer Iconia B1-720 features a 1.3 GHz dual-core processor, 1GB of RAM, 16GB of storage, and a microSD card slot that supports up to 32GB of storage. It has front-facing speakers and support for 10-point multitouch.

But you have to cut a few corners to bring the price down to $130. Acer promises only up to 5 hours of battery life, for instance, and the tablet will ship with Android 4.2.1 Jelly Bean rather than the newer Android 4.4 KitKt.

The tablet also has only a front-facing camera.