Chinese manufacturer 51Cube is ready to jump into the Windows 8 convertible fray. Their newly-announced iwork 10 is a dockable tablet that follows in the footsteps of the Microsoft Surface and Asus Transformer Book T100.

Like the Transformer Book, the iwork 10 ships with an Intel Bay Trail Atom processor. It’s clocked at 1.8GHz and should offer a decent mix of performance and efficiency. Similarities to the T100 don’t stop there: the iwork 10 also features 2GB of RAM, 32GB of internal storage, an IPS display, and HDMI output. 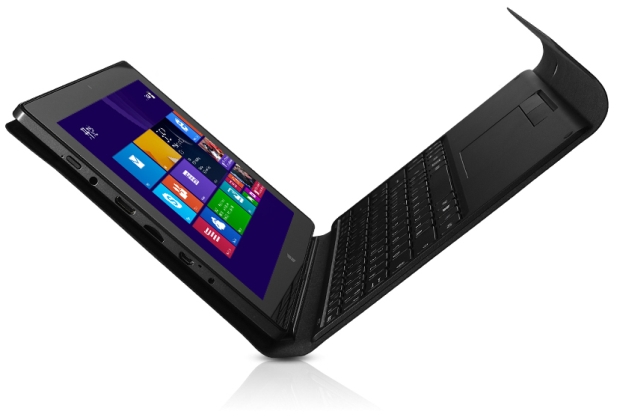 Update: It looks like the tablet is actually 10.4mm thick. The official spec sheet also mentions a 1280 x 800 pixel display and up to 8 hours of battery life. There’s also support for an optional 3G USB dongle.

Clipping on the keyboard and trackpad dock/cover adds a bit of bulk, obviously, but it might not be any thicker than the T100 in tablet mode (which measures about 10mm).

51Cube hasn’t announced pricing or availability for the iwork 10 yet, but similar tablets sell for between $350 and $400.

You’ll probably have to look to sites like Aliexpress, Geekbuying, or Pandawill if you want to pick one up. It’s hard to imagine this thing going on sale outside China, at least as long as it bears the name iwork.