This week Motorola tried to offer unlocked Moto X smartphones for $150 off on Monday… and the company’s servers couldn’t keep up with the demand. So the company took a different approach and offered a limited number $150 off vouchers on a first-come, first-served basis Wednesday.

CEO Dennis Woodside says the company gave out tens of thousands of those vouchers in a matter of 4 minutes, before running out.

“There’s clearly demand for devices that are not tied to a contract, at prices that are reasonable,” he told YouTube tech reviewer Maruqes Brownlee during a live interview today. 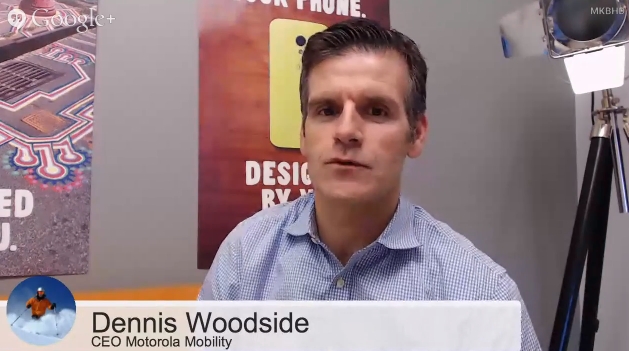 Up until recently, most American smartphone buyers have primarily purchased phones that are tied to a 2-year service contract from a wireless carrier. But there are a growing number of ways to buy a phone and use it with a pre-paid, or no-contract plan that can save money in the long run.

You typically have to pay full-price for a phone up front to do that, but if you can afford to buy a Nexus 5, Moto X, or other contract-free phone you’ll end up spending a lot less money over the course of a few years than you would if you were locked into a high-priced contract.

Woodside points to AT&T, which recently announced plans that let customers save $15 per month if they pay for a phone up front. The Moto X is also available from US wireless carrier Republic Wireless, which offers plans as low as $25 per month (or even lower if you only plan to use it with WiFi).

13 replies on “Motorola CEO: There’s clearly demand for devices not tied to a contract”