One of the nice things about Ubuntu and most other Linux distributions is that you can install them on pretty much any PC without paying a penny. In many cases, everything will work perfectly out of the box — but when it doesn’t, you could find yourself spending a lot of time researching tricks for enabling support for your graphics card, wireless chip, input devices, or other hardware.

So it’s always nice to see companies offering computers that come with Linux pre-loaded. It’s a pretty good sign that everything will work perfectly from the get go.

Enter the Lini PC. It’s a small desktop computer with an Intel Haswell processor and a choice of Xubuntu 13.10 Linux or Microsoft Windows 8.1 Pro. 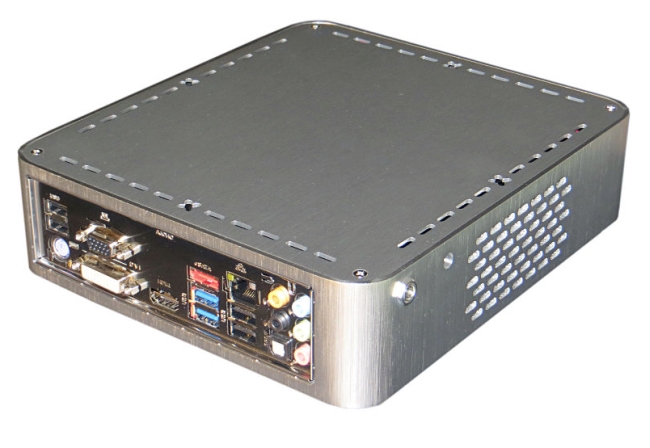 Prices start at $399 for a model with a 3 GHz Intel Pentium G3220 dual-core processor based on Haswell architecture, 4GB of RAM, a 500GB hard drive, and Xubuntu.

Aside from official support for Linux, what sets this PC apart from many computers on the market is its compact size: it measures 9″ x 8″ x 2.25″ and has room for 2 memory slots, HDMI, DVI, and VGA ports, analog and optical audio ports, an eSATA port, and 4 USB 2.0 and 2 USB 3.0 ports. The computer weighs about 4 pounds.

You could probably build your own system with similar specs for around the same price or less — the Lini PC is assembled using off-the-shelf hardware. Bbut it’s nice to have the option of not doing everything yourself.

Small companies like Lini PC don’t have the economies of scale to ship products at the same prices as larger companies like Asus, Dell, or HP, which is why other Linux system builders such as System76 and ZaReason also offer affordable, but not dirt-cheap computers.

Phoronix has some initial impressions of a $499 Linux model with the Pentium processor, and it seems to be a nice looking machine with decent performance (when compared with computers that have older processors, anyway).