Just hours after clues suggested that LG was about to launch an 8.3 inch tablet running Google’s stock version of Android, the tablet showed up in the Google Play Store.

The LG G Pad 8.3 Google Play Edition is a tablet with a full HD display, a Qualcomm Snapdragon 600 CPU, 2GB of RAM, and pretty much the same software you get when you buy a Google Nexus phone or tablet.

It’s available from the Play Store for $350. 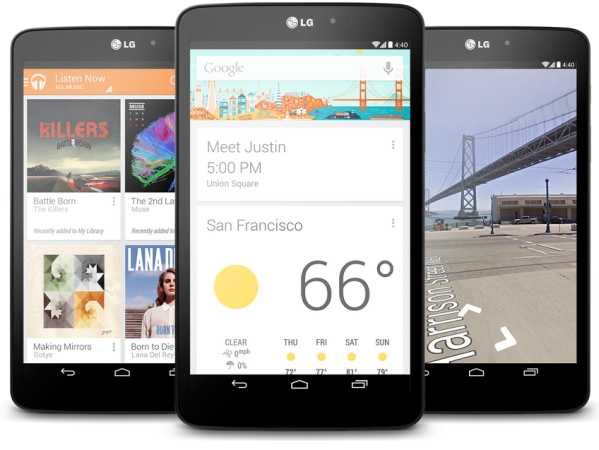 That’s the same price as LG charges for the normal version of its WiFi-only tablet, although you can currently pick one up from Best Buy for about $300.

The LG G Pad 8.3 features a 1920 x 1200 pixel display, a 1.7 GHz quad-core processor, a 5MP rear camera, 1.3MP front-facing camera, and a 4600mAh battery. It’s kind of like a Google Nexus 7 with a slightly larger screen. Oh yeah, it also has a microSD card slot, unlike most recent Nexus devices, so if the 16GB of built-in storage isn’t good enough for you, just add up to 64GB of space for files, media, or app data.