So you like the idea of Intel’s NUC mini-desktop computers, but you don’t love the idea of using an mSATA solid state drive as your only means of storage. No problem. Intel is getting ready to launch new models that have 2.5 inch drive bays, which means you can use pretty much any hard drive or SSD designed for laptops.

Legit Reviews reports that the new NUC systems should be available by the end of December. 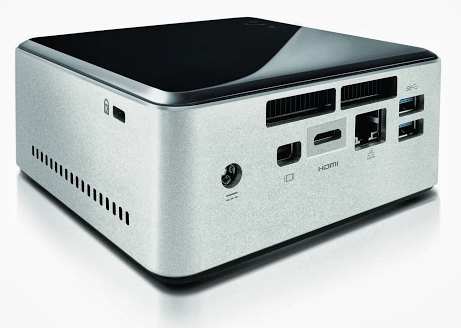 Intel introduced its first NUC systems in 2012, and recently updated the lineup to include Intel Haswell (4th generation Core) processors. NUC stands for Next Unit of Computing, and these little computers are basically an attempt to show off with Intel’s latest low-power, high-performance chips can do in a tiny desktop that only needs a 65W power supply.

The new models will be a bit thicker than their predecessors, at 4.6″ x 4.4″ x 1.95″ compared with the models which lack a drive bay and which measure 1.36″ thick. But an Intel NUC is still one of the smallest desktop computers you’re likely to find with support for a Haswell processor.