Google is rolling out an updated version of the Google Play Store for Android devices, and while most of the changes are pretty small, there’s one new feature that could spare you a bit of frustration: The Play Store now tells you when an app you’re looking at includes in-app purchases.

That way you won’t end up downloading a free or paid game, start playing and only later discover that you can’t finish the game without spending more money. 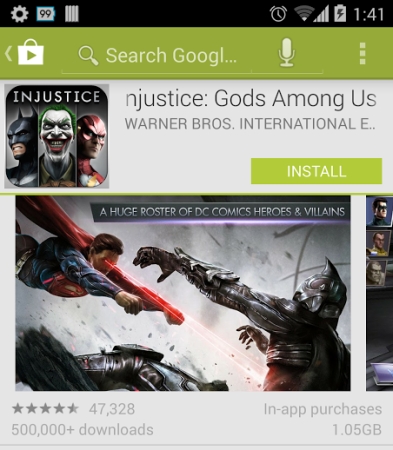 There aren’t a lot of details about the in-app purchases listed, so you won’t know what type of content is available for purchase, whether it’s an add-on or something that you might consider crucial, or if the app will continue to display ads even after you spend money on in-app purchases.

But it’s nice to have apps with in-app purchases clearly marked.

Android Police reports that other updates include some update typography, an emphasis on encouraging users to leave reviews for apps, an an activity feed that lets you share your activity with other users… if you actually want people to know what apps, games, movies, and books you’ve downloaded or reviewed recently.

The update is rolling out gradually to Android users, but if you don’t feel like waiting you can download the latest version of the Play Store from Android Police and install it manually.