Asus has been offering a line of Padfone devices (in select countries) for a few years. Now the company is getting ready to introduce a new, smaller model called the Padfone mini.

The idea behind a Padfone is that you shouldn’t have to sync your data between a phone and a tablet when you could just use your phone as a tablet. A Padfone is designed to work with an optional tablet dock, giving you a bigger screen and bigger battery while continuing to use your phone’s storage, processor, and even camera.

According to Engadget, Asus will hold an event in Taiwan on December 11th to introduce the smallest member of the Padfone family. 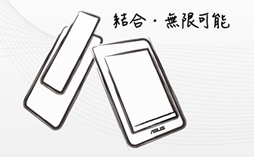 The latest full-sized Padfone features a 5 inch display and a 10 inch tablet dock. But the Padfone mini is expected to feature a 4.3 inch phone.

Asus hasn’t provided details about the Padfone mini tablet station yet, but word on the street is that it could be a smaller 7 inch tablet.

Recently leaked benchmarks for the Padfone mini suggest it will features a 960 x 540 pixel display, a 1.4 GHz processor (possibly a Qualcomm Snapdragon 400 chip), and Android 4.3 Jelly Bean or later software.

Unfortunately there’s still no word on if or when we’ll see any Asus Padfone products sold for a reasonable price in the United States.