Chinese chip maker Allwinner is launching its first octa-core chip this year, and the company plans to show it off at the Consumer Electronics Show using a new developer board called the Allwinner A80 Optimus Board.

The board is basically a small single-board computer with an 8-core processor, USB ports, developer pins, and other goodies to help hardware and software hackers build applications around the new chip.

Allwinner also plans to showcase tablets based on its existing A23, A31, and A31S processors. 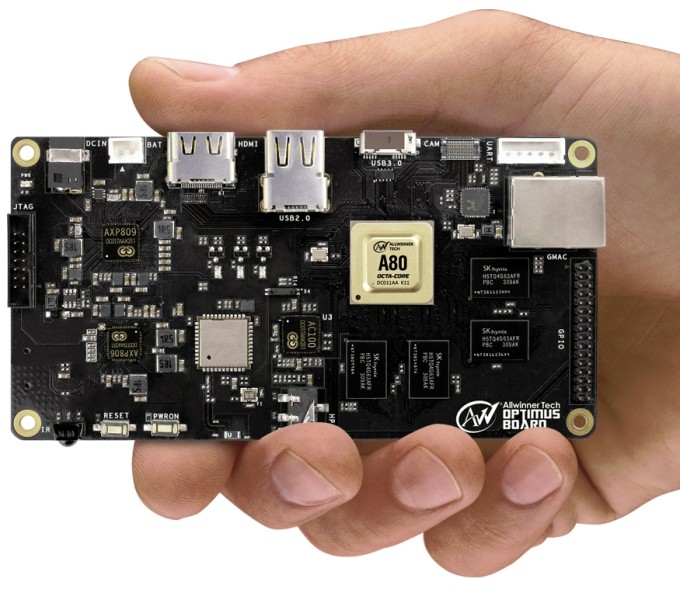 The Allwinner A80 features 4 ARM Cortex-A15 processor cores and 4 ARM Cortex-A7 cores. They’re arranged using ARM’s big.LITTLE technology so that you can use just the cores you need to perform a certain task, which means the chip is optimized to offer high performance and low power consumption, depending on the application.

Samsung has been offering similar chips since early 2013, but Allwinner is known for offering low-cost chips for use in cheap devices, so the A80 chip could end up in cheap tablets from Chinese device makers and others in the coming months.