A lot of PC makers promise all-day battery life, but usually that means 8-10 hours of run time. Toshiba says its new Kirabook laptop will be able to run for up to 22 hours. Assuming you sleep at least two hours a day, that’s seriously an all-day battery.

You’ll have to make a few sacrifices for that kind of battery life. Toshiba offers a model with a high-resolution display and a touchscreen, but it gets 14 hours of battery life… which is still nothing to shake a stick at. 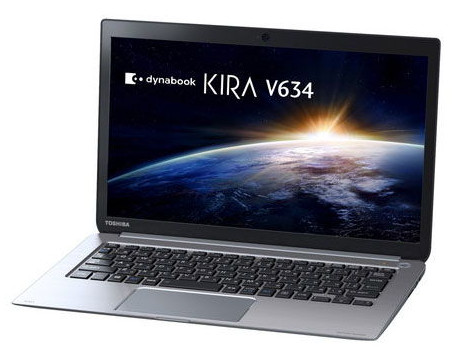 The model which the company says offers up to 22 hours of run time sports a 13.3 inch, 1366 x 768 pixel display, 8GB of RAM, and has an 4th generation Intel Core “Haswell” processor. The ultrabook weighs about 2.5 pounds. It’s expected to sell for about $1450 in Japan starting this week.

The touch-capable, ultra HD model will sell for about $1530.

Toshiba hasn’t announced any plans to sell either model in the United States, but you can still pick up a model from earlier this year, featuring a 3rd generation Intel Core “Ivy Bridge chip, a high-resolution display and significantly shorter battery life for around $1300 and up

via Engadget and UberGizmo