The company launched a mirrorless camera called the NX300M in October, but this week Samsung revealed that its software is a version of the Tizen operating system. 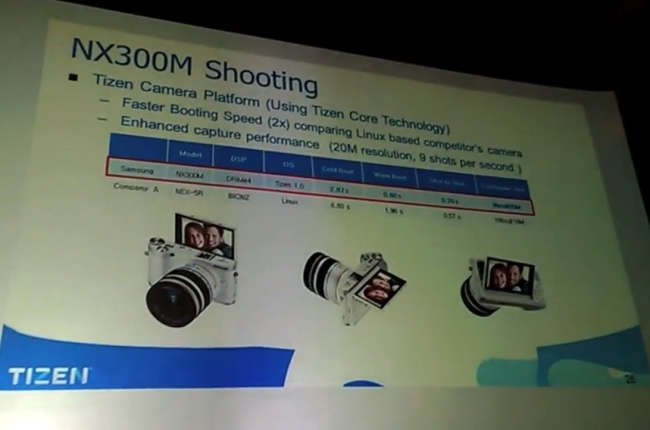 Tizen is highly customizable, so the software running on the camera won’t necessarily look much like the version that will ship on phones or other devices. Instead, the NX300M uses what’s called the “Tizen Camera Platform.”

Samsung says the platform allows the camera to boot up to twice as quickly as other Linux-based phones, and the company claims it also helps improve image capture capabilities.

The first consumer phones and tablets running Tizen are expected to hit the streets in early 2014.

The NX300M phone is a mirrorless camera with a 3.3 inch AMOLED touchscreen display, a 20MP sensor, the ability to shoot up to 9 frames per second, and support for WiFi and NFC.

via Tizen Experts, SamMobile and The Handheld Blog