Samsung is outlining plans for the next few years, and the company has some big things planned for small devices. In 2014 the company plans to offer 2560 x 1440 pixel displays for smartphones, and by 2015 we could see phones with screen resolutions as high as 3840 x 2160 pixels.

In other words, we could see phones with 700 or more pixels per inch. And when I say see, I mean you’ll probably have a hard time telling those devices apart from today’s handsets with 1920 x 1080 pixel screens, but you’ll know they’re there if you need them. 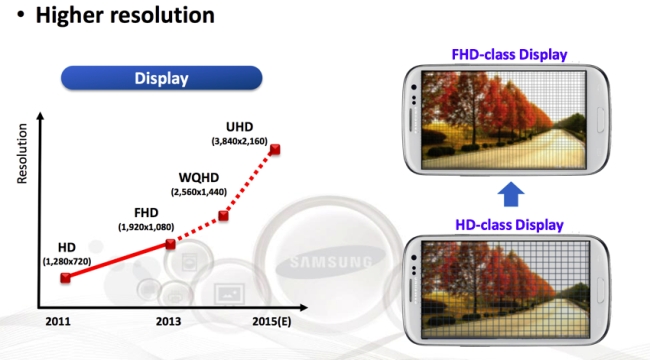 Samsung revealed the plans for ever-higher-resolution displays as part of Samsung Analyst Day, where the company also laid out plans to design its own ARM-based processors.

Right now Samsung licenses Cortex-A15 and other devices from ARM for use in Samsung Exynos chips, but in the future the company could build chips using custom designs based on ARM technology, like Apple and Qualcomm already do. 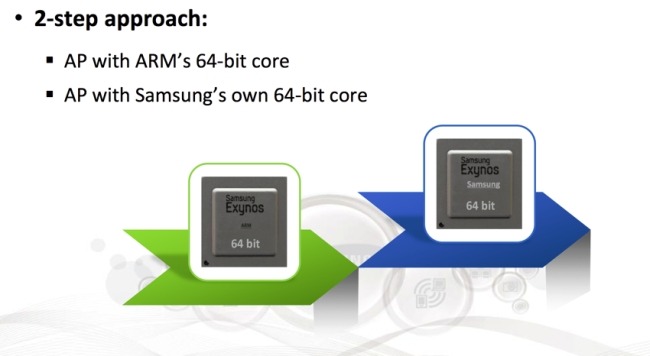 There’s now word on how long it’ll be before we see Samsung’s new chips, but they’ll be 64-bit processors, and until they’re ready to go, Samsung plans to build 64-bit chips based on ARM’s Cortex-A50 series designs. 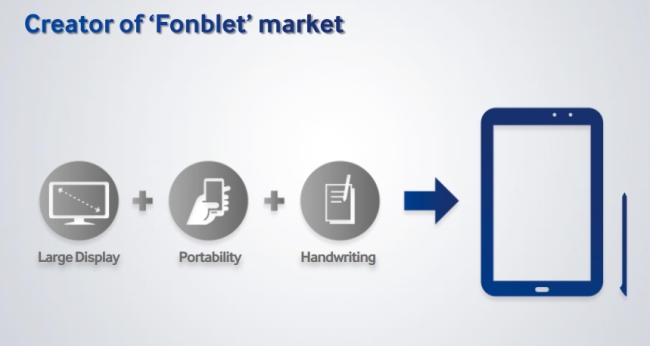 At a time when traditional PC sales aren’t doing that well, Samsung is a leader in the smartphone and tablet space, and now the company’s inventing a new word, “fonblet,” to describe a new class of large screen, pen-friendly devices like the Samsung Galaxy Note line of phones. Other folks called these “phablets,” since they blur the lines between phones and tablets.

Both names stink — but Samsung sells a lot of Galaxy Note devices, suggesting there’s a market for the products, if not the names. 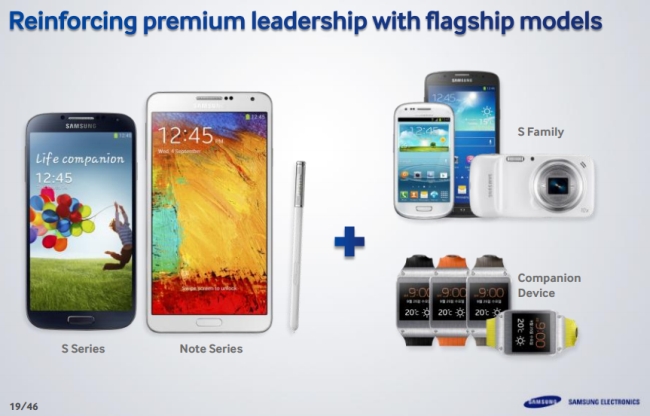 Samsung is also moving into new markets including connected cameras and wearable devices like the Galaxy Gear smartwatch. It remains to be seen if there’s a future for those product families, but Samsung’s pitch to investors and analysts is that the company is focused on the future, not just the present. 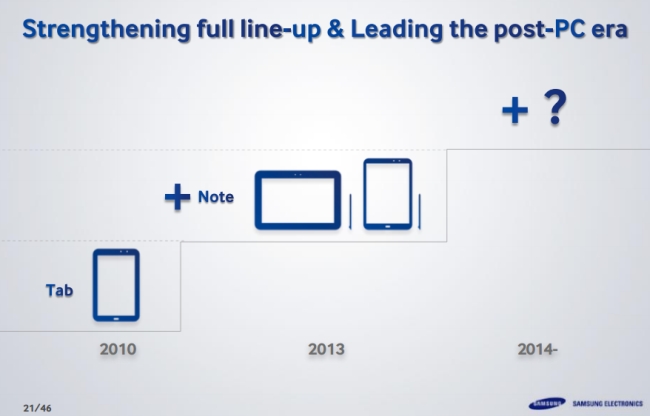 via Tech in Asia and Android Beat