Samsung’s unannounced (but long-rumored) 12.2 inch tablet appears to be one step closer to launching. A device called the Samsung SM-P900 passed through the FCC website this week, and all evidence points to it being a large Galaxy Note tablet. 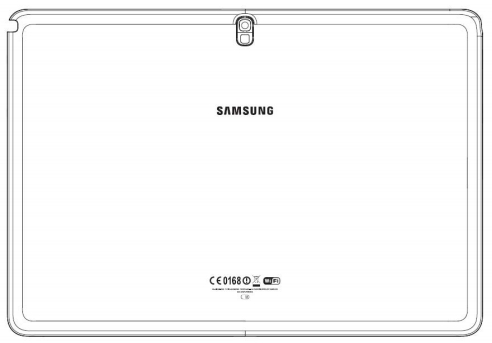 First, the SM-P900 name is awfully similar to the SM-P905 which showed up in benchmarks recently (and which also hit the FCC recently).

Second, a look at the label drawing clearly shows a rather large tablet with room for a stylus in the side of the case.

Like other Galaxy Note models, it looks like Samsung will offer WiFi-only and 4G LTE capable versions of the tablet.

That’s about all we can learn from the FCC documents, but other rumors and leaks suggest the Galaxy Note 12.2 will be an Android tablet that features a 2560 x 1600 pixel display, a Qualcomm Snapdragon 800 processor, 3GB of RAM, and 32GB of storage.

via The Droid Guy