Pear OS is a Linux-based operating system designed to combine the beauty of Apple software with the utility (and open nature) of GNU/Linux. A year ago that meant making Ubuntu look like OS X. Now it apparently means giving Ubuntu an OS X and iOS 7-style user interface.

Pear OS 8 is now available for desktop and notebook computers, and developer David Taveres hopes to bring the software to tablets as well. 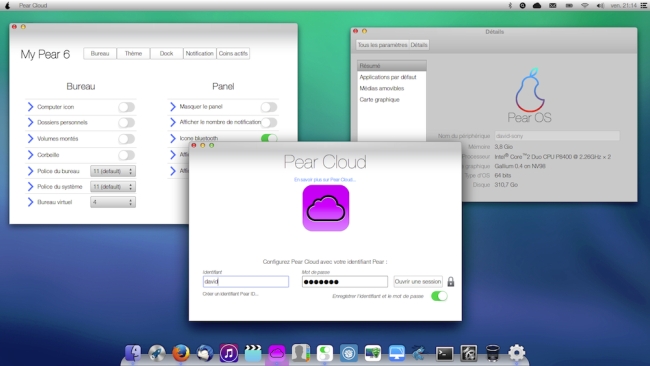 While Pear OS8 continues to take its design cues from Apple’s software, but not only has the user interface and app launcher been giving a touch of Apple’s desktop operating system, but the color scheme is very much inspired by iOS 7.

The desktop operating system is available in 32-bit and 64-bit flavors, and while there’s an emphasis on the operating system’s visual style, Taveres also promises speedy performance, compatibility with a wide range of peripherals including MP3 players, cameras, and printers, and the Steam gaming platform.

There’s also a Pear Cloud utility for backing up and synchronizing your contacts, documents, pictures, and other data over the internet. 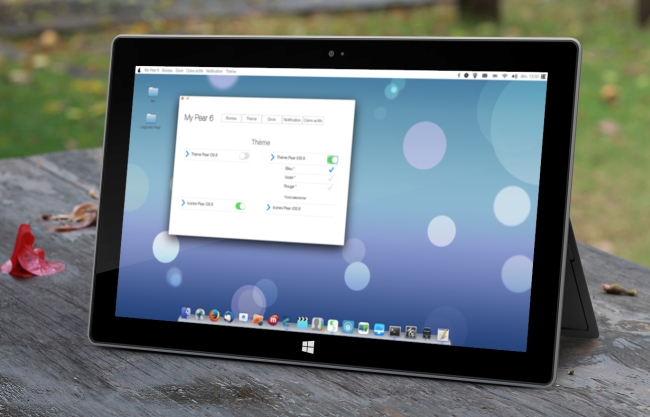 The Pear team also hopes to develop a version of Pear for tablets, starting with support for the Microsoft Surface line of tablets. There would be x64 and ARM versions, with the ARM version eventually also supporting other tablets including Google Nexus and Samsung Galaxy Tab and Note models.

Tavares is launching a crowd-funding effort to raise €10,500 (about $14,000) to help fund the development of Pear OS for tablets.

If the team succeeds, this might be about as close as you’re likely to get to OS X on a tablet, since Apple seems intent on pushing two different operating systems, one for desktop and notebook computers and another for phones and tablets.