But Nokita, a group is headed by Finnish businessman (and former Nokia employee) J. Parda, wants to make a bid for Nokia before the Microsoft Deal closes… and keep Finnish jobs in Finland while offering phones that run Android and Linux. 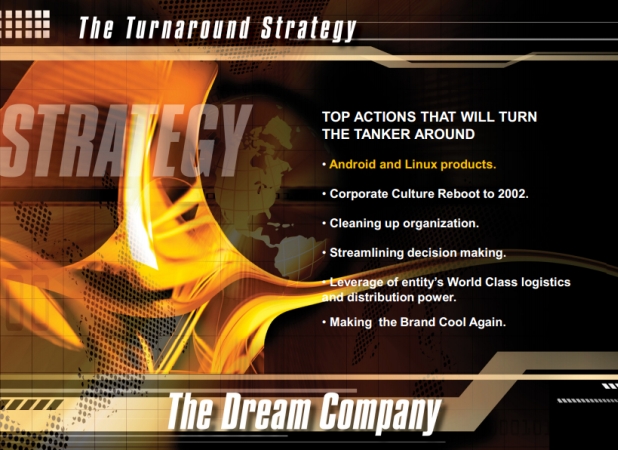 OK, so it’s pretty unlikely that Nokita is going to succeed in buying Nokia and completely changing the company’s direction.

But it’s not like Nokia hasn’t made some dramatic changes in the last few years. The company’s smartphone strategy had been entirely tied up with the Symbian operating system and experimentation with MeeGo Linux devices until Nokia started partnering with Microsoft on Windows Phone devices to help fend off the competition from iOS and Android devices.

According to Nokita, it wouldn’t be difficult to change direction again — the group claims that Nokia has already been experimenting with Android devices and could bring them to market by early 2014.

Meanwhile, Nokia could continue to sell devices running Microsoft software while betting on Android and Linux for future growth.

While that would certainly make Nokia’s phones a bit more versatile and bring support for a huge number of third-party apps, it’s a lot harder to stand out in the Android smartphone space which is currently dominated by Samsung and other market leaders including Motorola, HTC, LG, and Sony.

Nokia’s Windows Phone strategy has made the company a big fish in a small pond. The Android ocean is a much larger space.

Anyway, I suspect this is all hypothetical talk unless Parda manages to find investors willing to put up billions of dollars in the next few weeks. Even if that does happen, Microsoft has deep pockets and could probably increase its bid.

You can find more details about Parda’s plan at the Nokita website.

via Arctic Startup and /r/Android

11 replies on “Nokita wants to buy Nokia before Microsoft can, only needs $10 billion by November 19th”