There are a number of ways to protect your privacy while surfing the web. A popular, but moderately complicated option is to use Tor software which anonymizes your data to keep internet services from tracking your data.

Now the folks behind the Pogoplug home server and cloud storage service are offering an easy way to setup Tor on your entire home network. It’s called Safeplug, and it’s a small $49 box that you plug into your router and activate to route your traffic through random connections, making it harder to track.

Once that’s done, any time you use your home network, you should have a bit more privacy. Pogoplug doesn’t promise that all of your web surfing will be 100 percent anonymous all the time, but it’s better than nothing… and Safeplug also includes a built-in ad-blocker, for folks who care about that sort of thing. 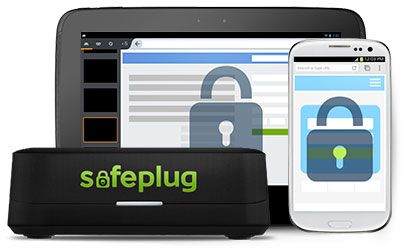