One of the key features of Android 4.4 is a new home screen with built-in support for voice search and voice commands. There’s a little microphone icon in the search bar, but you don’t actually ever have to tap it. When you’re on your device’s home screen, just say “OK Google” to start a search, launch an app, or get answers to simple questions.

It turns out Google didn’t just enhance the search functions of its home screen/app launcher. The company basically added a launcher to its Search app instead. In other words, your home screen is now first and foremost a search utility.

The new home screen comes with the Google Nexus 5, but it looks like it should support most other Google certified devices as well. 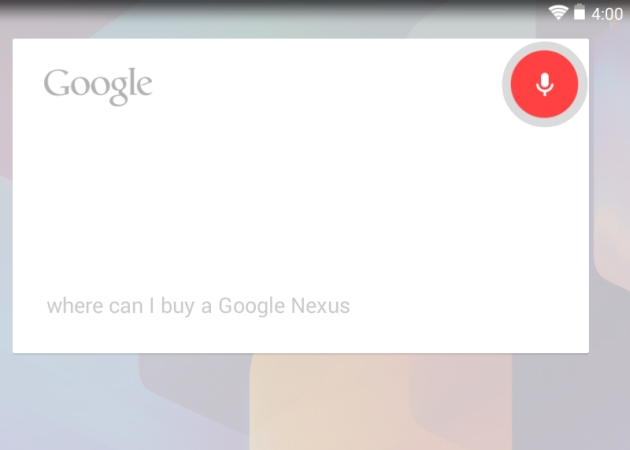 I installed a build of Android 4.4 KitKat on my 2012 Google Nexus 7 today, using the AOSP build released by the Paranoid Android team, as well as their gApps package.

While there are a lot of changes in Android 4.4, it’s the new home screen that kind of jumps out at you — especially if you like saying the phrase “OK Google” out loud.

For instance, you can start a web search with “OK Google,” ask for the weather forecast, sports scores and schedules, or to see pictures of cats and your phone or tablet will comply with the request. The voice recognition isn’t perfect, but it’s pretty good.

You can also use voice commands to launch apps installed on your device. For instance “OK Google, open Netfflix” opens the video streaming app — although it takes a little time to open. It’d probably be faster to use your fingers most of the time, but it’s nice to have the option for hands-free operation.

The always-listening home screen means that the mic on your phone or tablet is always active when you’re using the home screen. But if you navigate away from the home screen the mic shuts off. Likewise, the mic isn’t listening when the screen is off — Android 4.4 doesn’t exactly turn every phone into a Motorola Moto X.

If you’d rather not have Google listening to you whenever the home screen is active, you can always install a third party launcher such as Nova Launcher or Go Launcher Ex.

But then you’d also miss out on features like the ability to access Google Now cards by swiping from the left side of the screen when you’re on the home screen.