Dell has been offering a developer edition ultrabook with Ubuntu Linux since 2012. Now the company has updated its Dell XPS 13 “Sputnik” developer edition with a new processor, a touchscreen, and a lower starting price. 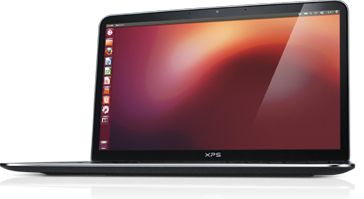 Both models are available for purchase in the US, with estimated ship dates of mid-December. Dell plans to offer the developer edition ultrabook in additional countries in the coming months.

There are cheaper ways to run Ubuntu or other Linux-based software on an ultrabook. You could buy your own ultrabook and load an operating system yourself, but you wouldn’t get the same sort of professional support.

Or you could buy a thin and light laptop that comes preloaded with Linux from System76 or ZaReason. Both companies offer models with starting prices of $1000 or less. But Dell’s Sputnik ultrabooks are smaller, lighter, and carry the name of a major PC maker, if that’s the sort of thing that matters to you.

via PC World and Slashdot