Dell is now taking orders for the Venue 11 Pro, a Windows tablet featuring a 10.8 inch, full HD display an optional keyboard, and a choice of Intel Bay Trail or Core i3 or Core i5 Haswell processors.

The company is now taking orders for all three models, with prices starting at $500. The tablets are expected to ship in December. 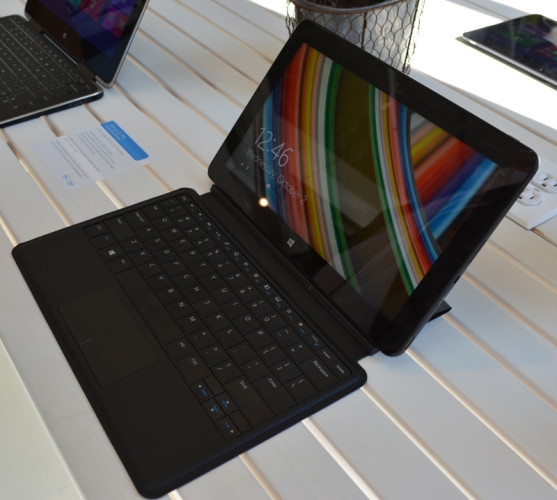 Each model has a 1920 x 1080 pixel IPS display with 10-point capacitive touch support, WiFI and Bluetooth, and support for an optional active stylus or keyboard case.

All of the tablets ship with Windows 8.1 software, but somewhat ironically, only the cheapest model also comes with a fully licensed copy of Office 2013 Home & Student preloaded. The other models come with Office Trial software. That’s because Microsoft is giving away Office software to PC makers that want to load it on small tablets with ARM or Intel Atom processors.