BlackBerry phones may not be getting access to the Google Play Store anytime soon, but BlackBerry is making it easier for app developers to bring their Android apps to BlackBery devices.

One of the key features of BlackBerry OS 10 and later is support for Android apps, but developers need to make them available through the BlackBerry World store. Starting with OS 10.2.1, Blackberry is adding support for a wider range of Android apps and features. 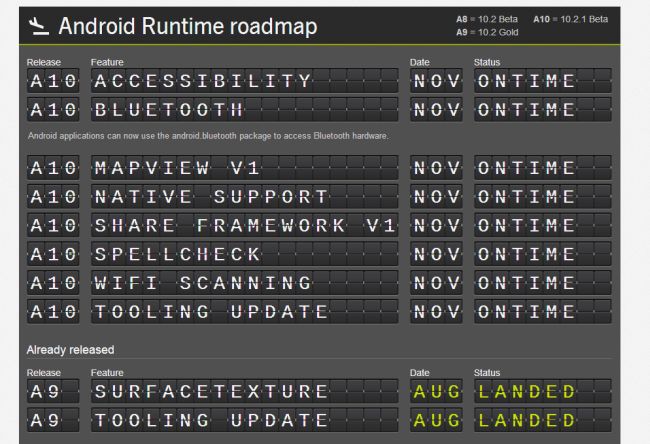 Future updates will also include support for apps that use Bluetooth Low Energy.

The company also has an Android Runtime roadmap (which looks more like a train or airline schedule board) which shows new features that are on the way, and their estimated arrival dates.

Update: Yup, BlackBerry is confirming that you’ll be able to install APK files, which means third-party app stores like the Amazon Appstore will work. There’s currently no planned support for the Google Play Store or Google Play Services.

One reply on “BlackBerry OS 10.2.1 gets better support for Android apps”