Amazon’s 8.9 inch tablet with a 2560 x 1600 pixel display is now shipping. The Kindle Fire HDX 8.9 has a great display, a speedy Qualcomm Snapdragon 800 quad-core processor, 2GB Of RAM, at least 16GB of storage, and a pretty svelte design: It measures 0.31 inches thick and weighs just over 13 ounces.

But this is also the most expensive Kindle Fire tablet to date. Prices start at $379 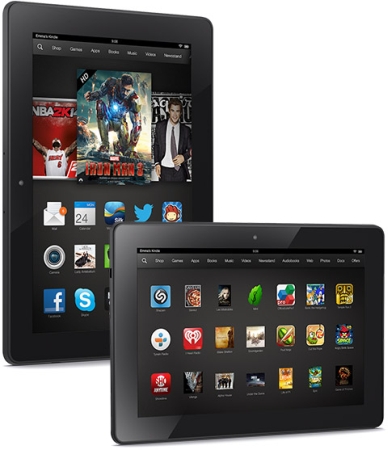 It’s hard to find another tablet in that price range with specs to match the Kindle Fire HDX 8.9. But with this tablet, Amazon’s sort of moving away from the cheapest-kid-on-the-block territory it’s long dominated.

Going with an iPad gets you access to far more third party apps than you can get on an Amazon tablet. While the Kindle Fire operating system is based on Android, it’s tied tightly to Amazon’s app, music, movie, and eBook stores — there may be a million apps available for Android, but a much smaller number of those apps are available from the Amazon Appstore.

That doesn’t make the Kindle Fire HDX 8.9 a bad tablet, by any means. Some of the top apps you’re likely to want are available, and Amazon’s digital media stores are excellent. Pony up $79 per year for a Prime membership and you also get access to free video streaming and the ability to check out a book a month from the Kindle Owners’ Lending Library.

But if you’re not sold on Amazon’s ecosystem, you might be better off spending your money on a tablet from Samsung, Apple, or even Kobo — a company which does offer access to the full Google Play Store on its tablets.