Windows 8.1 hits the streets October 18th, and it’ll be available as a free update for anyone already running Windows 8. But a full license costs $120, while Windows 8.1 Pro runs $200.

If you don’t feel like waiting until mid-October to pull out your wallet, you can place a pre-order now at the Microsoft Store.

Incidentally, Newegg is offering Windows 8.1 Pro for $20 off if you use the coupon code EMCYTZT4525. 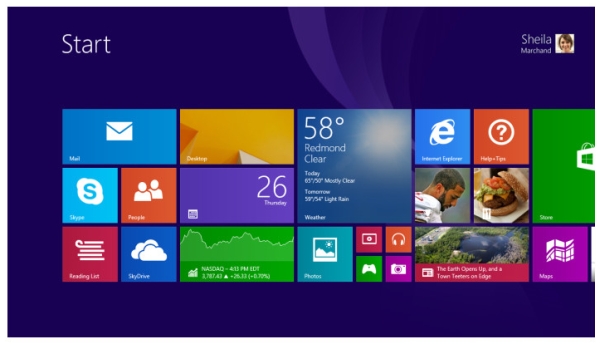 Most people will probably get the latest version of Windows 8.1 either when they buy a computer that comes with it preloaded or when they download the free update to Windows 8 on an existing machine.

But plenty of folks have made a habit of waiting for Microsoft to release “Service Pack 1” of a new operating system before making the leap. Conventional wisdom (which isn’t always correct), is that it can take the company a year or so to work out the bugs, and that adopting a new OS when it’s first released is sort of like signing up to be a bug tester.

I don’t think that’s true in this case — Windows 8 had plenty of detractors (largely folks who don’t like the new touchscreen-friendly user interface), but under the hood the operating system is sort of like a faster, more stable version of Windows 7 with a touchscreen/full-screen user interface on top (and with a Start Screen instead of a Start Menu).

But by and large, Windows 8.1 sort of feels like Windows 8 SP1. So if you’ve been holding out, this is about as close as you’re going to get to that big service pack. It looks and feels just like Windows 8, but there are improvements.

For instance, you can now run more than 2 full-screen apps side-by-side on the same display. There’s better support for multiple monitor setups. At the other end of the scale, there’s improved support for devices with small screens, such as 8 inch tablets.

There’s also a Start Button — although it takes you to the Start Screen, not a classic Start Menu. But that screen has been improved too, with support for wallpapers, the ability to reorganize the Start Screen by moving multiple apps, and additional tile sizes. You can also now view all apps by swiping up on the Start Screen.