About a year after releasing Windows 8, Microsoft is making Windows 8.1 available as a free update starting October 17th. You can also purchase a downloadable copy. Starting October 18th you’ll be able to buy boxed copies in stores, and odds are that most new computers on store shelves will have Windows 8.1 preloaded.

For the most part Windows 8.1 looks an awful lot like its predecessor. It has a full-screen Start Screen, a built-in app store called the Windows Store, and an emphasis on touch-friendly apps with the new “Modern” user interface. But there’s also a desktop mode that works almost exactly like Windows 7.

If you look a bit closer, Microsoft has fine tuned the operating system with better support for large screens and small, improved multitasking, the return of the Start Button (but not menu), and much more. 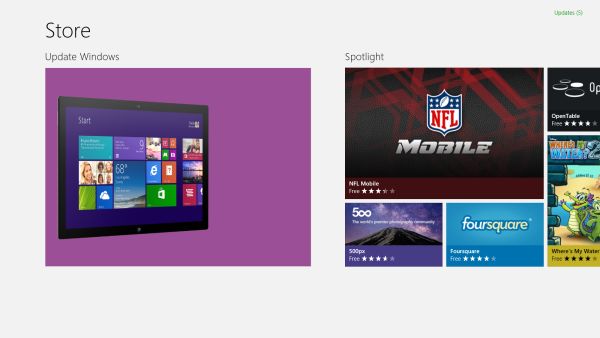 Upgrading from Windows 8 is as simple as opening the Windows Store on your device and tapping the big “Update Windows” button. The process can take some time — on my laptop I had to download 3.6GB of data.

When the process is complete, here are some of the changes you’ll see:

There are also some updates that are harder to see, including support for Windows Store apps that are up to 8 gigabytes, improvements in DirectX, and more. 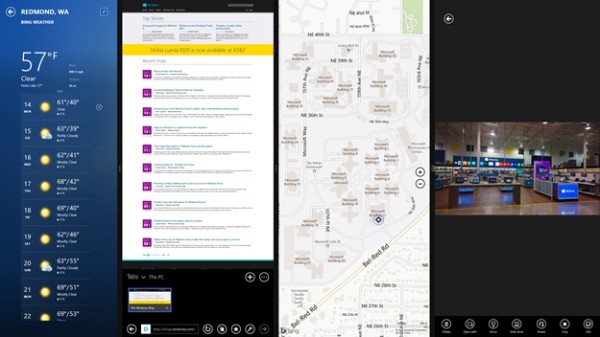 It’s unlikely those changes will be enough to appease folks who absolutely hate Microsoft’s decision to make one operating system with two user interfaces, one which seems to be designed for touchscreen input and the other which is still focused on keyboard and touchpad (or maybe digital pen) input.

But for folks that are already using Windows 8, the relatively minor update seems to be full of small improvments.