Android smartphones with the latest hardware can often have price tags of $600 or higher if you buy the phone outright instead of picking one up from a wireless carrier and paying it off over the course of your contract.

But Vertu thinks there’s a market for luxury smartphones that cost 10 times as much. The company’s new Vertu Constellation smartphone has a price tag of $6630. Seriously. 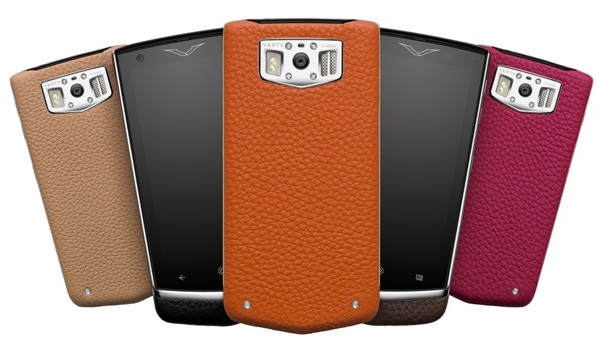 For that price you’d kind of expect a phone made out of solid gold… and while that’s not quite what you get, it’s not that far off the mark. While the phone has decent (but not spectacular) specs, it’s the case design that really sets it apart.

The Vertu Constellation has a sapphire glass display and a titanium case that’s covered by calf leather.

In other words, there’s no good reason to do it.

7 replies on “Vertu Constellation is a $6,630 Android phone (which nobody should buy)”