, but aren’t entirely sold on the idea of a laptop that runs Google’s Chrome OS software? No problem. You can enter developer mode and load another operating system on there.

In fact, you don’t even have to remove Chrome OS. There’s a way to run Ubuntu and Chrome OS side-by-side, letting you install desktop apps such as GIMP or LibreOffice, while also getting the full Chrome OS experience when you want it. 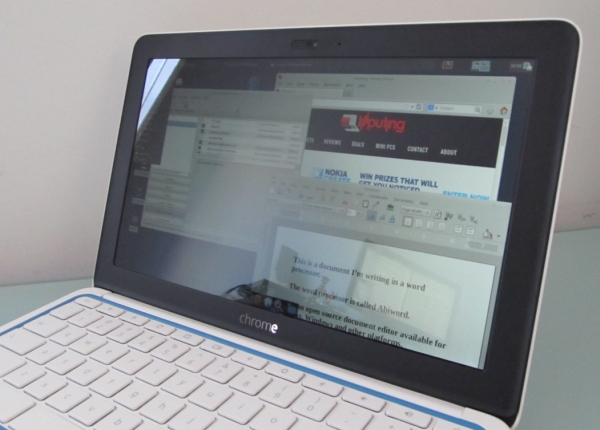 The easiest way to run Ubuntu on a Chromebook is to use the Crouton script which downloads and prepares Ubuntu so you can run it in a chroot environment.

In a nutshell, that means Ubuntu and Chrome OS are running side-by-side and using the same kernel. You can flip from Chrome OS to Ubuntu and back with a couple taps on the keyboard.

It took me less than a half hour to turn the HP Chromebook 11 into a full-fledged PC using Crouton, and just for kicks, I installed the Firefox web browser, among other apps. It works just like you’d expect.

There are a few quirks — the volume and brightness keys don’t work out of the box, but you can fix that pretty easily. And some Ubuntu apps might not work with the Chromebook 11’s ARM-based processor. But adding Ubuntu to the HP Chromebook 11 makes this 2.3 laptop a bit more versatile.

You should check out the Crouton page at GitHub for detailed instructions, but here are the basic steps (make sure not to type the quotation marks, they’re just there to show you which lines are commands:

1. Enter developer mode on your chromebook.

2. Open a browser tab and download the latest version of the Crouton script from this link: https://goo.gl/fd3zc.

3. Press Ctrl + Alt + T on your chromebook to open a terminal window.

5c. If you’d prefer to use GNOME, KDE, LXDE, Unity, or another desktop environment, use the appropriate name instead of xfce in the command above.

That’s literally all there is to it. The script will download all the necessary files, prepare your storage space, and set up Ubuntu.

If you’re not familiar with Ubuntu, one of the first things you might want to do is open a terminal window (by tapping the little icon that looks like a command prompt) and type “sudo apt-get install synaptic.” 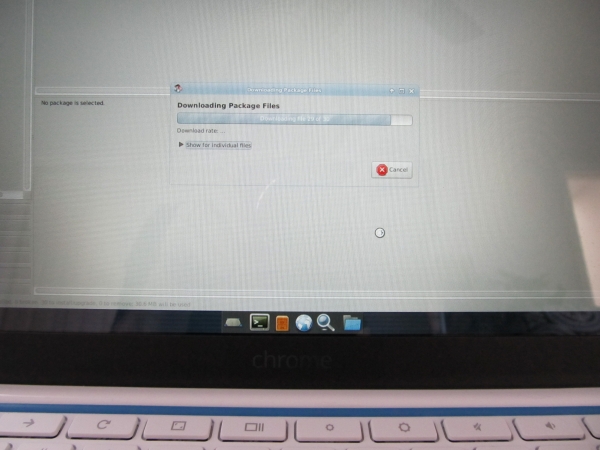 Enter your password when prompted, and then your machine will download and install the Synaptic Package Manager, which is sort of like an app store for Ubuntu — it makes it easy to find and install third party apps such as Firefox or LibreOffice. You can even install Chromium, the open source version of Chrome… although you could also just flip over to the Chrome OS environment to surf the web.

Here are a few things you should know:

Crouton works with most Chromebooks, so these instructions aren’t unique to the HP Chromebook 11. They should also work on the Samsung Series 3 Chromebook, Acer C7 Chromebook, Google Chromebook Pixel, and most other devices running Chrome OS. 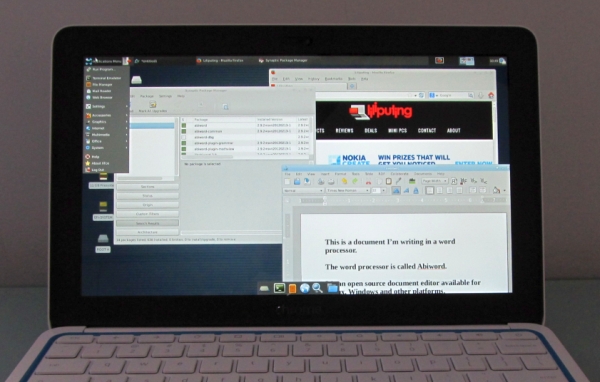