PicUntu is a custom version of Ubuntu Linux designed to run on TV boxes and other devices with Rockchip’s ARM-based processors. Now it’s easier to install than ever, offering a way to turn a cheap Android TV box into a full-fledged Linux computer.

The developer has released a new build called PicUntu 4.5, along with a GUI installer that lets you load Ubuntu onto an MK802 IV or similar device with an RK3188 processor. I took it for a spin on an T518 Android TV stick, and aside from having trouble getting WiFi to work, the process was pretty quick and painless. 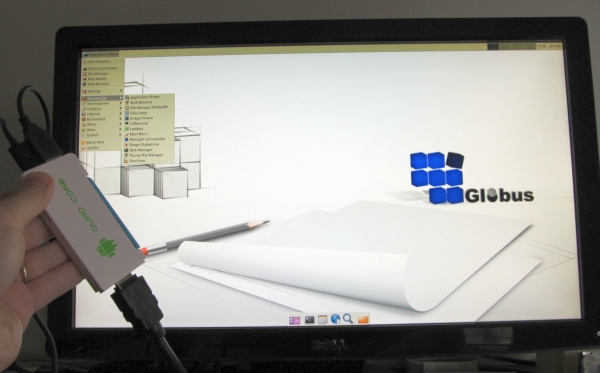 PicUntu 4.5 is based on Ubuntu 13.04 and uses the light-weight Xfce desktop environment. It has some basic apps including a web browser, text editor, and terminal app pre-loaded, but the default installation is pretty sparse. That’s good, since it means the software doesn’t take up a lot of storage space. You can always install GIMP, LibreOffice, or other apps yourself using the Synaptic Package Manager.

At this point there’s no support for hardware-accelerated video or Bluetooth. But the RK3188 quad-core processor is zippy enough to handle 720p HD video playback on CPU-power alone.

Without a working internet connection I haven’t been able to thoroughly test PicUntu 4.5 on the T518 stick, but it seems to load apps pretty quickly, have no problem with multitasking, and boots pretty quickly. It probably doesn’t hurt that this particular stick has 2GB of RAM as well as a quad-core ARM Cortex-A9 processor.

Overall, running PicUntu on this devices feels a lot like running Ubuntu on a machine with an Intel or AMD processors. The biggest difference is that the T518 sells for just $78, and some RK3188 boxes are available for even lower prices.

The installer is designed to run on a Windows PC, and it will wipe the data on your device and install Ubuntu on the internal storage. If you think you might want to go back to Android, make sure you have a factory image or custom ROM handy.

Step-by-step instructions for using the installer are available at the PicUntu website and the FreakTab forum. 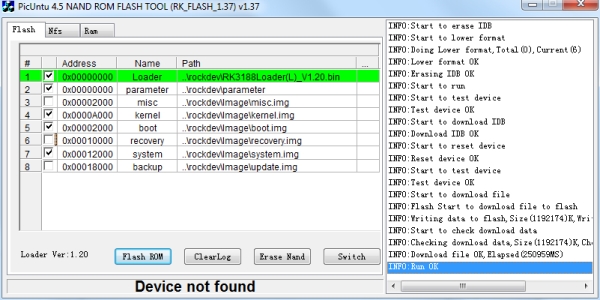 Note that those instructions will be useless if you don’t know how to boot into the bootloader on your device.

On the T518 you do this by holding the Fn button while plugging in a microUSB cable to power up the device. I believe this only works if you connect to the microUSB port on the end of the device. If you use the one on the side you’re likely to boot to recovery, not the bootloader.

With an MK802 IV I believe you do something similar, but instead of holding a button you need to poke a pin or paperclip at the reset button hidden inside the air vent while you plug in the device.