We have a pretty good idea what the Google Nexus 5 looks like on the outside. But want to know what’s under the hood?

The folks at FanaticFone have obtained photos of the internal bits, giving us a good idea of what the battery, camera lens, and other guts of the phone look like. 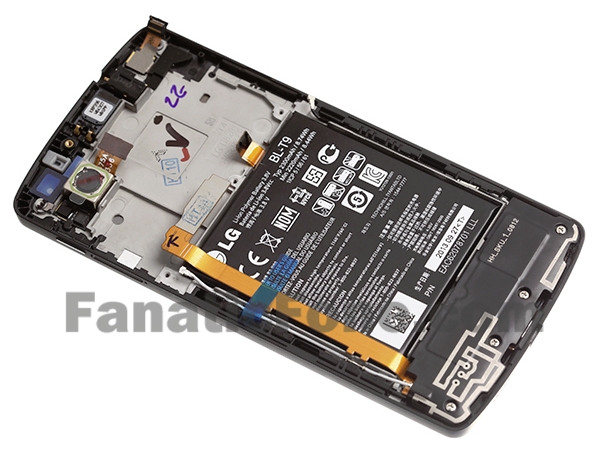 First up, it looks like at least some models of the phone will feature a 2300mAh, 8.74 Whr battery. There’ve been rumors that some models would also have a higher-capacity 3000mAh battery, but FanaticFone seems to have confirmed that the lower-capacity battery exists.

The phone is built by LG and it’s expected to have a 4.95 inch, 1920 x 1080 pixel display, a Qualcomm Snapdragon 800 quad-core processor, 2GB of RAM, and an 8MP camera which may have optical image stabilization.

According to a tipster who claims to have spent time with the phone, it’ll also feature the same sort of touchless, always-on voice controls available in the latest Motorola smartphones.

It’ll likely ship with Android 4.4 KitKat and have a starting price of $349.

You can find more photos of the phone’s insides at FanaticFone.