Allwinner is giving one of its chips for low-priced tablets a bit of a spec bump, and competitor Rockchip is outlining plans for its first quad-core ARM Cortex-A12 chip.

Both chip makers produce low-power, ARM-based processors that are popular with makes of Android tablets, TV boxes, and other gadgets, and both are showing off some of their upcoming goods at the HKTDC show in Hong Kong this week. 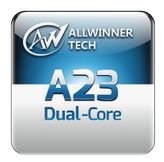 Allwinner introduced a 1.5 GHz ARM Cortex-A7 dual-core processor called the A23 in September. Now the company says it also offers burst performance of up to 1.8 GHz.

In July Rockchip announced plans to release a quad-core ARM Cortex-A12 processor. Now the company says it’ll be ready to hit the streets early next year. 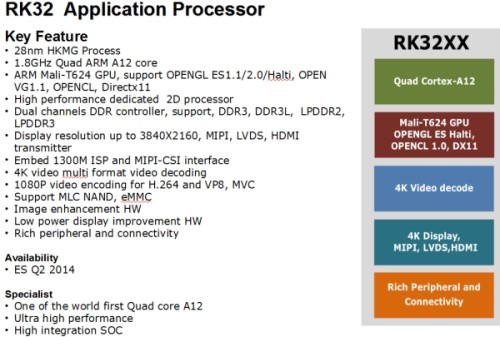 ARM’s Cortex-A12 architecture is basically the little sibling of Cortex-A15. It’s not quite as powerful as what you’d get from a Samsung Exynos 5 or NVIDIA Tegra 4 chip, for instance, but the RK32XX will be faster than any other Rockchip processor on the market.

3 replies on “New Allwinner, Rockchip processors on the way”