Want to run Microsoft Office on your Android tablet, but tired of waiting for Microsoft to, you know, actually release it? You can always use Splashtop, Teamviewer, LogMeIn, or another tool to remote control a PC from your Android phone or tablet, letting you sort of run desktop apps like Office.

Or you could use Microsoft’s official tool, which is now available in the Google Play Store. You can use it to login to a Windows desktop to access files, control apps, and even stream audio and video from your PC to your Android device. 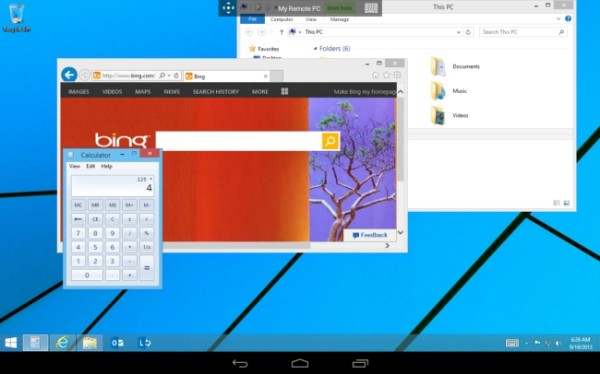 The app lets you use multitouch gestures on your phone or tablet to interact with the Windows software, and lets you use your Android keyboard to enter text.