Intel is taking aim at the DIY, maker, and education markets with a new Arduino-compatible developer board powered by the company’s new low-power Quark X1000 system-on-a-chip.

The Intel Galileo board works with Arduino shields, and supports Arduino programming software, which opens the door to all sorts of dev kits and DIY projects. 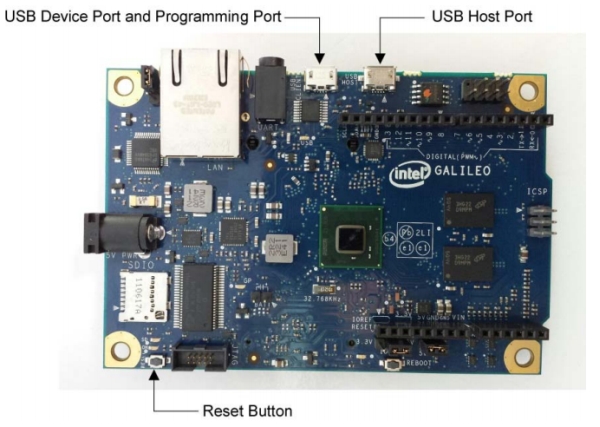 Most Arduino-compatible devices to date have used ARM-based chips, but Galileo board is powered by Intel’s low-power x86 application processor. Don’t expect to use this little board as the guts of a powerful PC though — Quark chips use about 1/10th the energy of an Intel Atom processor, and this model is clocked at just 400 MHz.

So while you can probably use the board as part of a home automation system, basic robotics kit, or other hardware hacking projects, it doesn’t have the oomph to make a decent media center PC.

The Quark processor is a 32-bit chip with Intel Pentium instruction set architecture and 512KB  of embedded RAM, and the Galileo board features 10/100 Ethernet, a full PCI Expres mini card, USB 2.0 host and client connectors, 10-pin JTAG headers for debugging, 8MB of flash storage for the firmware or bootloader, and 256MB of RAM. There’s also a microSD card reader for extra storage.

Intel says Galileo boards will be available by the end of November, and the company plans to donate 50,000 units to a thousand universities over the next year and a half.