The HP Chromebook 11 is a portable, inexpensive laptop that runs Google’s browser-based Chrome OS operating system. It weighs about 2.3 pounds, measures about 0.7 inches thick, gets up to 6 hours of battery life, and sells for $279.

For that price, it’s hard to complain about any laptop, and the HP Chromebook 11 has a rather attractive design, a nice keyboard, and other features that are easy to like. But it does have some limitations. It’s not exactly a speed demon, and Chrome OS isn’t for everyone.

Google loaned me a demo unit to test, and while I’ll have a more detailed review soon, I wanted to share some first impressions. 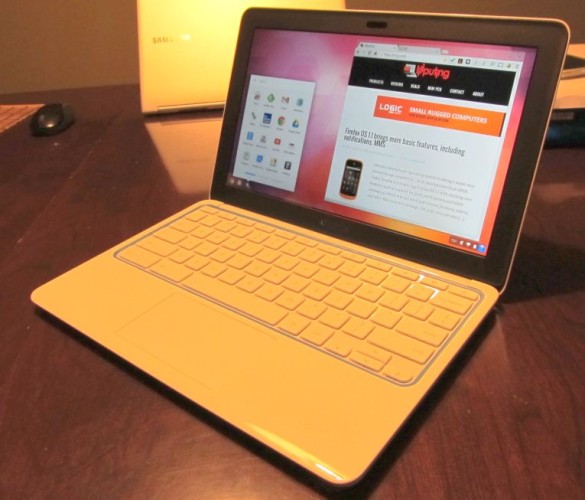 At first glance, the HP Chromebook 11 has the makings of a decent portable notebook. It’s thin, light, and has an 11.6 inch, 1366 x 768 pixel IPS display with good viewing angles. While the glossy plastic case might not be to everyone’s liking, the bezel around the screen is made of matte, non-reflective plastic.

HP also gives the notebook a bit of color by outfitting the white model with a bit of blue, yellow, red, or green around the keyboard and on the bottom of the notebook. The unit I’m testing has blue accents.

The touchpad is wide and works well, supporting multi-touch gestures, clicks, and taps. It also tends to ignore my palm when I accidentally brush against the touchpad while typing.

Personally I tend to prefer an external mouse, so I’ve also tried plugging one into the Chromebook, but like most Chromebooks the mouse sensitivity is just a bit off. You can adjust the speed of the built-in touchpad or external mouse, but it feels like the cursor scrolls across the screen much more accurately when I use the touchpad than when I use a mouse.

I also find myself wanting to reach up and touch the screen — but unfortunately the HP Chromebook 11 doesn’t have a touchscreen display. The last Chromebook I tested was the Google Chromebook Pixel which did support touch input — but that model also cost nearly five times as much as HP’s new Chrome OS laptop. 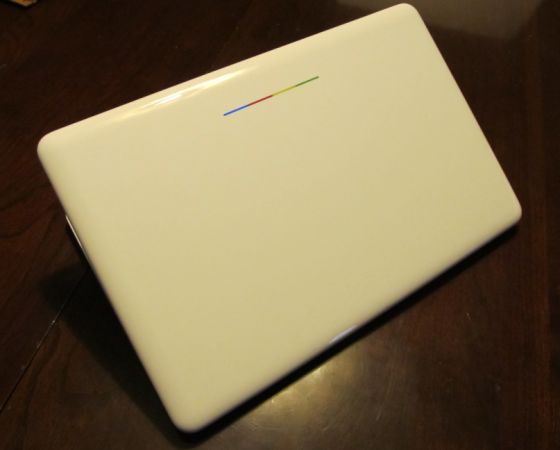 HP did copy the look of the four-color notification LED on the lid of the Pixel, but it glows much dimmer on this laptop, and it looks like there aren’t four different lights, but rather a multi-colored piece of plastic that picks up a little light when the laptop is running.

The biggest difference between the HP Chromebook 11 and the Pixel (and most other Chrome OS laptops) is that HP’s new model features an ARM-based processor. It uses the same Samsung Exynos 5250 ARM Cortex-A15 dual-core CPU as last year’s Samsung Series 3 Chromebook.

While that chip hasn’t exactly gotten any faster in the past year, Google has continued to improve Chrome OS to offer better support for ARM chips, and so far I haven’t found a single web page or web app that doesn’t work properly on the Chromebook 11. I had no problems streaming HD video from YouTube, Netflix, Amazon, or Hulu for instance — although some web apps such as fullscreenmario run rather sluggishly.

Google and HP also appear to have added support for additional display resolutions — while the Chromebook 11 has a 1366 x 768 pixel screen, not only can you set a lower resolution, there are settings that let you emulate screen resolutions as high as 1536 x 864 if you need to fit a little more content on the screen. 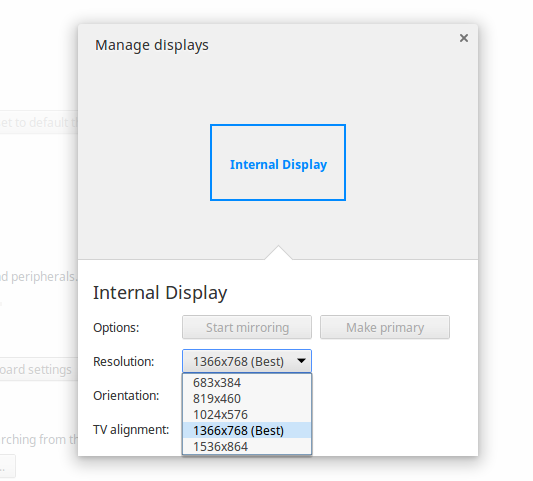 Adjusting the virtual resolution to one higher than the native resolution of your device is a good way to make text and images look blurry, but it’s nice to have the option to fit a little more content on the screen when you’re editing a photo or composing a document.

HP also did a nice job with the speakers. While most laptop speakers aren’t going to replace a good set of headphones, the speakers under the keyboard seem to be well positioned and offer loud, clear audio for listening to music or the other bleeps and bloops the device can make.

One thing HP left out from this Chromebook is an SD card slot. The chromebook has 2GB of RAM and 16GB of built-in storage, which should be plenty of space for apps, but which isn’t a lot of room for music, videos, or other files you might want to store on the device. Chrome OS is an operating system built around a web browser, and there are plenty of online services you can use to stream music, movies, and other content… but only if you have an active internet connection. It’s nice to be able to access your media offline as well.

It’s also nice to have an easy way to grab the SD card from your camera and view images on your laptop. But that’s not an option with this device.

The good news is that like most Chromebooks, the HP Chromebook 11 boots up in a matter of seconds and resumes from sleep even more quickly, offering a super-fast way to get online. It’s the kind of notebook you can use much the way you would a phone or tablet — just pop open the lid when you want to check your email, find out when Christopher Walken’s birthday is, or perform some other quick task that you might not normally bother turning on a PC for.

It’s also powerful enough to be your primary computer if all you need is a device for surfing the web, using cloud-based music and video services, and playing online games. But the Chromebook 11 has a low-power processor and just 2GB of RAM and it shows. While I can surf the web with around a dozen browser tabs open at once, there’s a bit more lag when I do that on this notebook than there is on a more powerful machine with an Intel Celeron or faster CPU.

I’ll have more details on performance after I’ve had time to use the HP Chromebook 11 a little more.

6 replies on “Hands-on with the HP Chromebook 11 (video)”