There’s no shortage of ways to play games on the go these days, using a smartphone or handheld console like a Nintento DS or PlayStation Vita. But if you want something a little more DIY, Gameduino 2 is a Kickstarter project that provides a kit for turning an Arduino board into a portable gaming device.

The developer is raising money for the project on Kickstarter, and hopes to ship the first units in December to backers who pledge $59 or more. 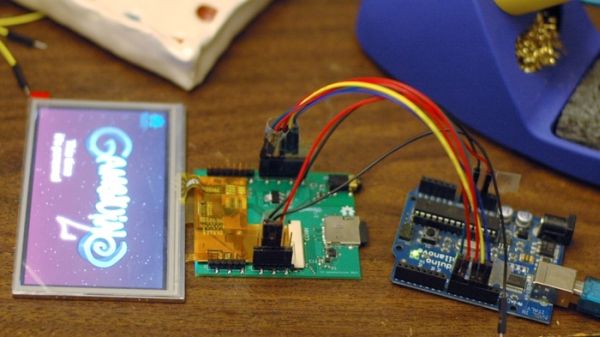 As you might have guessed from the name, Gameduino 2 is actually the second product of its type. The first was designed to bring vintage games to the Arduino. The new model is a bit more powerful and capable of running the type of games you regularly see on Android and iOS devices. 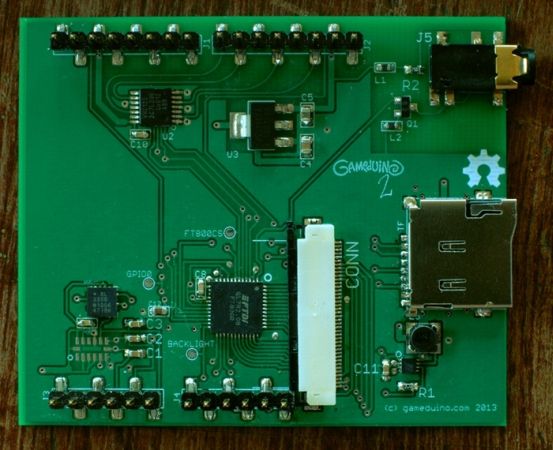 It supports what’s described as an OpenGL-like graphics system with support for up to 2000 sprites, 32-bit color, and hardware JPEG loading.

The whole kit is designed to be easy to attach to an Arduino board, so there’s not a lot of DIY hardware hacking required. But folks interested in programming their own games or porting existing games to run on the device can probably have hours of fun pulling their hair out trying to figure out how to make everything work… which is more fun than actually playing the games for some people.

Gameduino 2 hardware and software are both open source.