The Samsung Galaxy S4 may have been one of the fastest phones around when it launched earlier this year, but these days it’s Samsung Exynos 5 Octa or Qualcomm Snapdragon 600 processors are just considered fast instead of crazy fast. Newer phones like the Samsung Galaxy Note III and LG G2 have faster Qualsomm Snapdragon 800 chips.

Now it looks like folks in some parts of Europe will be able to pick up a Samsung Galaxy S4 with that same Snapdragon 800 chip. 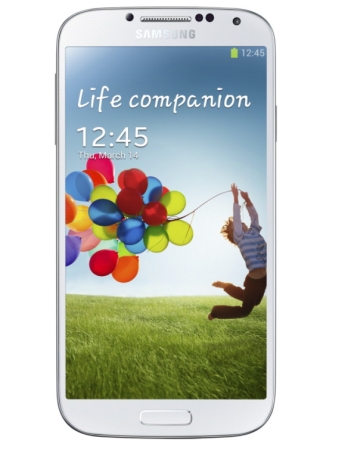 Samsung actually introduced a Snapdragon 800-powered version of the Galaxy S4 in South Korea this summer, but this is the first time it’s been offered outside of the company’s home country.

GSM Arena reports that the phone also sports LTE-Advanced capabilities, with support for mobile broadband speeds up to 150 Mbps (although no European carriers actually have LTE-Advanced networks yet).

It looks like the phone will be available in several countries, including Germany and Sweden. Aside from the 2.3 GHz quad-core processor, the rest of the specs appear to be the same as for other models of the Galaxy S4, including a 5 inch, 1080p display, 2GB of RAM, and a 13MP rear camera.