Apple’s latest Macbooks have Intel Haswell processors which aren’t only faster than last-generation chips, but also more efficient. And that means you get longer battery life. The latest 13 inch MacBook Air offers up to 12 hours of battery life.

But Apple says they can do even better — and with the new OS X Mavericks operating system, the company says software improvements alone could add up to 90 minutes of additional run time.

The company says the new software will also improve memory usage, making a laptop or desktop with 4GB of RAM act like it has as much as 6GB. 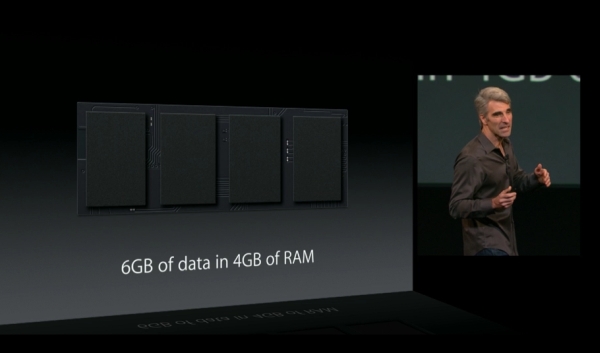 The new memory management feature is called Compressed Memory, and basically a computer running Mavericks will compress data while it’s in use almost instantly, letting you store more data without physically increasing the amount of RAM in your device.

As for battery life improvements, Apple says that with a 13 inch MacBook Air you should get up to an hour of extra battery life while web browsing, or 90 minutes while watching iTunes videos.

Apple says OS X Mavericks is available as a free update for pretty much any Mac released in 2007 or later. It’s available starting today.