Microsoft is expanding its Xbox Music service in a big way. The company is launching new Android and iOS apps which you can use to stream millions of songs and albums for $10 per month or $100 a year. Or you can listen for free using the Xbox Music website.

That’s in addition to the existing Windows Phone and Xbox game console apps. Microsoft will also bundle an Xbox Music app with Windows 8.1 and the new version of Windows RT, both scheduled to hit the streets in October. 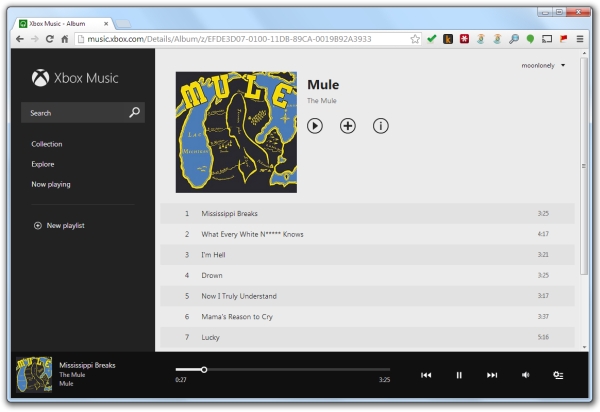 For my money, the biggest news is the news that doesn’t cost a cent. You can fire up a web browser on pretty much any PC (in the US anyway), and stream millions of tracks on demand.

It’s an ad-supported service, but it’s entirely free for the first 6 months. After that, Microsoft will restrict the number of hours you can listen for free, but you’ll be able to sign up for an Xbox Music Pass for unlimited service.

In order to use the Windows Phone, Android, or iOS apps at all you’ll need that Xbox Music Pass subscription for $10 per month or $100 per year.

The price is pretty much in line with Spotify, Google Music, Rdio, and other streaming music services, but 6 months of unlimited, on-demand music in the web browser kind of sets Xbox Music apart at the moment.