Those prices are pretty much the same as those for Windows 8. 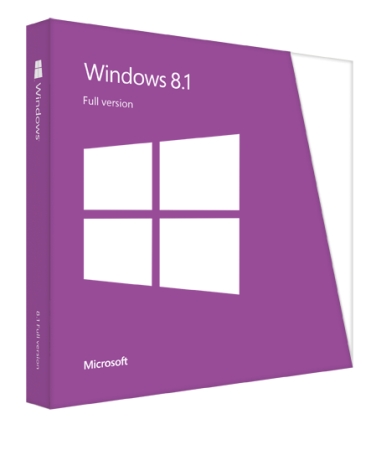 Microsoft is also doing away with the “upgrade” and  editions. You don’t need an earlier version of Windows to install Windows 8.1. For $120 and up you get a full version of Windows either in a box or for download from the internet.

Update: A Microsoft spokesperson reached out to say that there will still be system builder SKUs which. But they’ll come with limited licenses. Generally, now that the retail version of Windows includes a license for upgrades or clean installs, Microsoft expects most home users won’t have a use for the system builder version.

You’ll still be able to upgrade from Windows 7 to Windows 8.1 using the new installer — doing so will keep all your files intact. But you’ll need to re-install any software from your Windows 7 system.

Windows XP and Windows Vista users will need to perform a full install instead of an upgrade. That means your files, settings, and apps will be deleted — so make sure to backup anything you need before starting.

Most people probably won’t go through any of this though. They’ll get Windows 8.1 the way most people get a new version of Windows. It’ll come pre-installed on the next PC they buy.

Among other things, Windows 8.1 is designed to work better on tablets with screens smaller than 10 inches, it comes with Skype pre-loaded, allows you to run more than two “Modern” style apps side-by-side, and brings a Start Button back to the desktop view.