Valve plans to launch a platform that could chance the face of PC gaming in 2014. SteamOS is a Linux-based operating system designed for PC gaming in the living room. Users will be able to access thousands of games through the Steam Platform while sitting on a couch.

Meanwhile, the company is partnering with hardware makers to deliver a range of computers with Steam OS preloaded. They’ll be called Steam Machines, and a limited beta will launch later this year for a few hundred testers.

So how do you control PC games on your TV? Valve has unveiled the last piece of the puzzle: a Steam Controller. 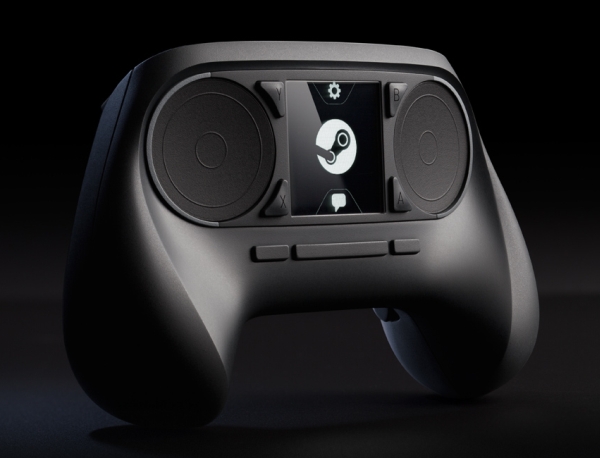 A preview version of the Steam Controller will go out to Steam Machines beta testers this year. But the final version which will be available next year will have a few extra features including wireless capabilities and a touchscreen between the left and right trackpads.

Those dual trackpads are in the spots where you’d normally find direction pads. You can use your thumbs to move your character, change camera angles, and perform many other actions. You can also click the trackpad.

Valve says the trackpads offer higher fidelity than you get with a typical game controller, with resolution that’s close to what you’d get from a desktop mouse. In other words, you can play PC games with a game controller while getting the same kind of responsiveness you’d get with a keyboard and mouse.

This should help with desktop-style games that you don’t often find on consoles, such as real-time-strategy games and casual games that rely on cursor input.

Since the trackpads don’t offer the same kind of physical feedback you get with a D-pad, Valve has included haptic feedback. Magnets attached to the trackpads can provide vibration in a varying degrees of frequency, amplitutde, and direction.

The touchscreen is also clickable, which means you can use it as a button. You can also use it to view menus, maps, radars, or other details and tap or swipe the screen to register actions. 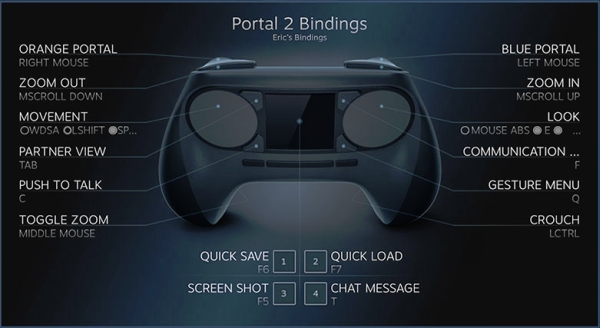 There are thousands of games available from the Steam Platform, but none of them were designed for use with this sort of controller. But there are 16 buttons that can be mapped to various functions, and users can share configuration options that let your system treat the wireless controller as a keyboard and mouse.

Valve will also release an API later this year for game developers that want to add support for the Steam Controller to existing and upcoming titles.