Valve’s Steam software makes it easy to purchase and download some of the top video games on a variety of platforms. Steam runs on Windows and Mac computers, and the company recently launched Steam for Linux. Now Valve is going one step further and releasing its own Linux-based operating system called SteamOS.

You’ll be able to install it on a computer in your living room to turn any PC into a gaming PC. Users will also be able to stream games from a Mac or PC on you home network, so if you’ve already got games installed on a system in another room, SteamOS will let you bring those games to your TV. 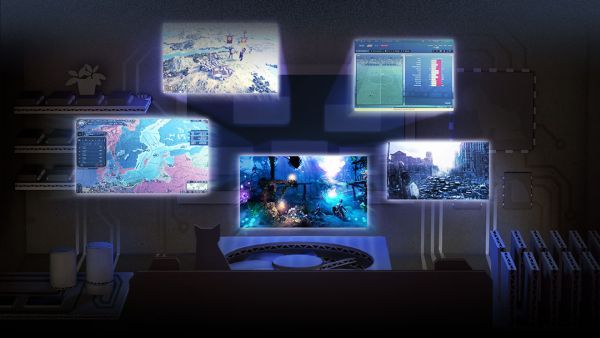 SteamOS is still a work in progress, but it’s expected to launch soon.

In addition to turning a PC in your living room into a gaming system, Valve is adding other media services, although the company hasn’t yet said whether you can expect support for the big players in that space such as Netflix, Hulu, Amazon, or YouTube.

Steam offers access to thousands of games, and this is the sort of service that could make gaming PCs into serious rivals for traditional PlayStation, Wii, and Xbox-style consoles in the living room. It could also lead to a resurgence in the popularity of home theater PCs (or HTPC)s. A few years back there was a lot of talk about people installing computers in the living room and treating them as media centers, gaming systems and more. But these days Microsoft doesn’t even ship Windows Media Center standard with its desktop operating system anymore.

Or maybe SteamOS will only appeal to folks that are already devoted to Steam… which means they’re probably already sold on PC gaming over console gaming.