Sony’s latest flagship phone has all the features we’ve come to expect from a high-end Android phone, including a 5 inch, 1920 x 1080 pixel display, a 2.2 GHz Qualcomm Snapdragon quad-core processor, and 2GB of RAM.

But the Sony Xperia Z1 also has something you don’t see every day: a 20.7MP camera. 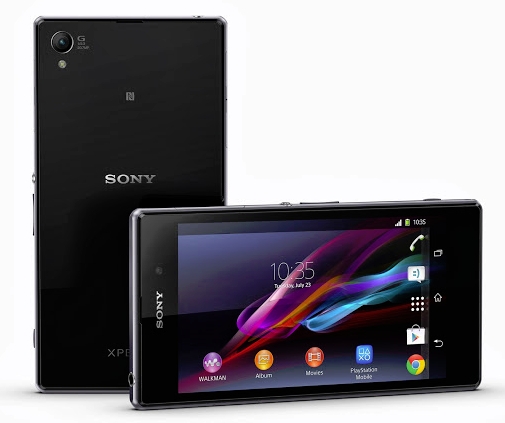 The camera has a 20.7MP wide angle lens and F2.0 aperture and the company says the the camera offers up to 3X zoom with zero loss of clarity.

Other specs include a 3000mAh battery, 16GB of storage, a microSD card slot, and NFC.

Like some of Sony’s other recent phones, the Xperia Z1 is also water resistant. It’ll ship with Android 4.2.2 Jelly Bean, and Sony is loading up the phone with its own suite of software including the “Social live” app which lets you live-stream video from your camera to the internet.

The company is also launching a new PlayMemories online service, which is basically cloud storage for your photos. You can automatically upload images from the Xperia Z or from other phones or tablets. Right now it’s available in a few European markets, but Sony plans to expand PlayMemories to more countries soon.

Sony’s Walman, Album, and movie apps as well as music and video streaming services are also available, and Sony will include about 100 Euros worth of content for European customers who buy the phone.

The Sony Xperia Z1 is expected to go on sale around the world by the end of September.